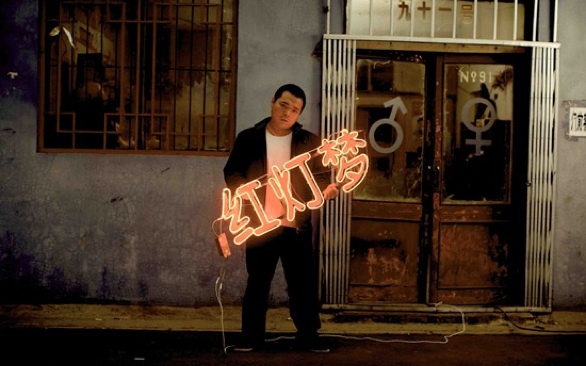 Movies allow us to step into someone else’s shoes, and for an hour and a half or so we are entrenched in the world of a character whose adventures we share by way of the screen. Experiencing the lives of others through film can be really entertaining, and if the movie is good then it can even be very revealing about ourselves and our society.

With that said, ever wonder what it’s like to be a struggling Filipino artist in an indie band, a Chinese sex toy retailer, an 11-year-old boy from New Zealand in the ’80s or a transsexual Warhol Superstar in 1960’s New York? If you’re curious about how these lives pan out in the same world you inhabit, then you’re in luck. The Los Angeles Asian Pacific Film Festival and the Downtown Independent are showcasing four films that might make your week more fun than browsing through streaming Netflix movies on your good old couch.

In its 27th year, the Los Angeles Asian Pacific Film Festival is presenting a well-curated set of films by Asian and Asian-American artists. For starters, you can check out Rakenrol screening May 4 at CGV Cinemas. Its synopsis claims, “If you have ever stood in an empty dive bar to see a band no one has ever heard of and was moved enough to stay after the gig to shell out five dollars for their homemade CD and a chance to give the cute lead singer an appreciative ‘good show,’ then Quark Henares’ Rakenrol is the type of film you will cherish.” The movie follows the humor and heartache of the lives of music fans and struggling young artists.

After Rakenrol, hop onto the next adventure with Red Light Revolution, a comedic film showing on the same day at CGV, about a Chinese man who, due to unfortunate missteps in his life, resorts to retailing in the sex toy industry. Juxtaposing China’s traditional culture with an industry of sex enhancers and raunchy playthings, Red Light Revolution promises to deliver a protagonist you will root for, some laugh-out-loud moments as well as an important social message.

The festival wraps up May 7 with Boy, a movie about an 11-year-old kid in 1984 New Zealand who, with youthful enthusiasm, worships Michael Jackson and his ex-con father. Returning from a stint in prison to find the money he has hidden away from a robbery, Boy’s father brings home dramatic and comic mischief involving his two sons. Boy lets the audience inside the protagonist’s “interesting world,” filled with fascinating characters such as his pet goat Leaf, his little brother Rocky and a group of friends named Dallas, Dynasty and Falcon Crest. Boy is declared to be an “irresistible cocktail of Baz Luhrmann and the Coen Brothers, with a very distinct New Zealand rhythm and spirit.”

From a collection of films set in the East you can transport yourself back to the Western hemisphere, more specifically 1960s New York, with Beautiful Darling: The Life and Times of Candy Darling, Andy Warhol Superstar. Born as James Slattery in suburban Long Island in 1944, he became actress Candy Darling in the mid-60s. Gorgeous and blonde, Darling assimilates into the world of Andy Warhol and his legendary Factory, becoming a prominent New York figure. Reminiscent of Warhol’s other muse Edie Sedgwick, Darling tragically died at the young age of 29.

The film is directed by New York City writer and filmmaker James Rasin, and Darling is voiced-over by indie babe Chloe Sevigny. Beautiful Darling showcases both current and past interviews, excerpts from diaries and letters and vintage clips of Darling and her friends. Hailed by critics as “fascinating,” “mesmerizing” and “a tender, funny and achingly moving portrait,” Beautiful Darling is not to be missed by anyone interested in the culture of the Warholian era.