Bin Laden was the Embodiment of Evil 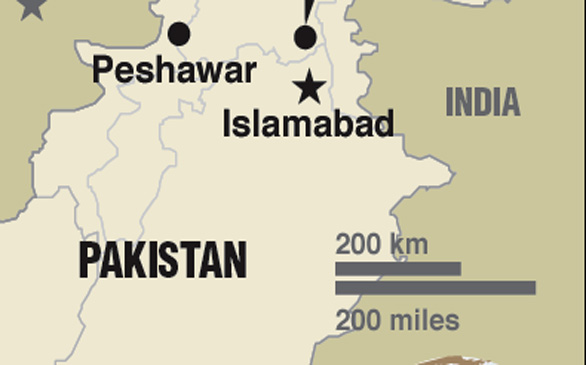 The people of the United States and other nations have waited almost 10 years to hear these words: “I can report to the American people and to the world that the U.S. has conducted an operation that killed Osama bin Laden,” President Barack Obama told the nation.

Bin Laden was the embodiment of evil, a medieval mass murderer who used modern technology and nihilistic suicide attackers in what ultimately will be a failed attempt to destroy this country and the freedom for which it stands. On the day that bin Laden was killed, we celebrate, give thanks, mourn and hope that his terrorist network has been dealt a serious blow. We celebrate the intelligence officers who toiled in anonymity to locate bin Laden and ultimately to kill him in a firefight in a palace outside Islamabad, Pakistan. We mourn and remember the souls who happened to be in the World Trade Center towers on Sept. 11, 2001, and the firefighters and police officers who died trying to save them, 2,752 in all. We mourn, too, the 184 civil servants and others who died when a hijacked jet flew into the Pentagon, and the 40 heroes aboard United Airlines Flight 93 who foiled bin Laden’s agents in their attempt to fly the jet into some other landmark, probably the Capitol or White House.

We thank the soldiers who have fought two wars that, for better or worse, resulted from U.S. efforts to counter bin Laden’s evil. We also take time to remember the more than 4,450 Americans who have died in Iraq, and more than the 1,550 who have died in Afghanistan.

What has bin Laden wrought? Who would have thought on Sept. 10, 2001, that almost 10 years later we would be embroiled in two wars as a direct result of bin Laden’s actions, or that we would be holding hard-core terrorists at Guantanamo Bay?

In the last nine years and seven months, we have come to know new terms, like waterboarding and enhanced interrogation, that never should have entered the lexicon. We have become subjected to the indignities of increased searches when we board airliners. We follow rules that may be insulting but, alas, have become necessary.

We fully expect that security will become tighter in the coming days and weeks as what is left of bin Laden’s organization reacts. We will endure it, and acknowledge that the officials who carry out the security are intent on preventing future terrorist attacks.

Time will tell whether the death of bin Laden will hasten the end of the endless war on terror. All we can do is hope that it does. But mostly on the day that bin Laden is dead, we celebrate that the head of the al-Qaida snake has been cut off.

As Obama said Sunday, “The cause of securing our country is not complete. But tonight, we are once again reminded that America can do whatever we set our minds to. That is the story of our history...”