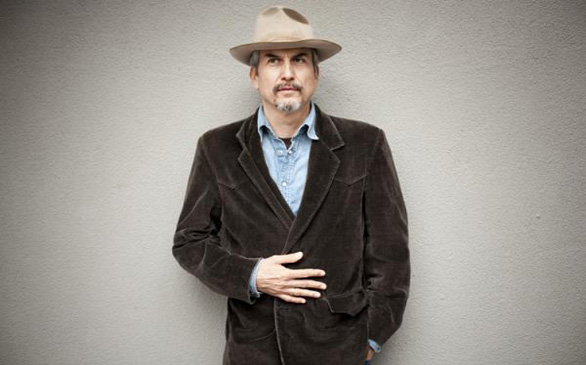 Since Tucson-based Howe Gelb has long incorporated the sounds of the country’s southwestern border into his music it’s not really a surprise that he would make the leap from his fairly standard M.O., utilizing strummed acoustic guitar as might be heard in a cantina, to this fully-realized flamenco-flavored album. Gelb’s music, whether performed solo or with his band Giant Sand has never lacked for authenticity, but some will no doubt see this album featuring virtuoso flamenco guitarist Raimundo Amador (Björk, B.B. King) as a move into a more serious realm.

In reality after 20 albums or so it’s just another case of Gelb exploring a side road, but what an interesting avenida he’s meandered down this time. Amador’s subtle flourishes are the perfect accompaniment to Gelb’s understated, more-spoken-than-sung Leonard Cohen-like lyrics on songs like “4 Door Maverick,” giving Gelb the cachet of super-hip Euro-dude. “Uneven Light of Day” is performed at a fast pace yet it has slow-dance samba at its core, as does the more romantic “The Ballad of Lole y Manuel.” Gelb gives Amador free rein throughout, and the result is nothing short of stunning on cuts like “Cowboy Boots on Cobblestone” where Amador’s energetic playing places those cobblestones firmly in Cordoba, Spain, which is where the album was recorded.

A couple of non-flamenco cuts come mid-album (the typically Giant Sand-ish “Blood Orange” and the brief instrumental “Lost Like a Boat Full of Rice”), but overall Alegrias is almost all you need to enjoy a virtual trip to sunny Andalucia; just pour yourself a glass of good sherry to put this one over the top.