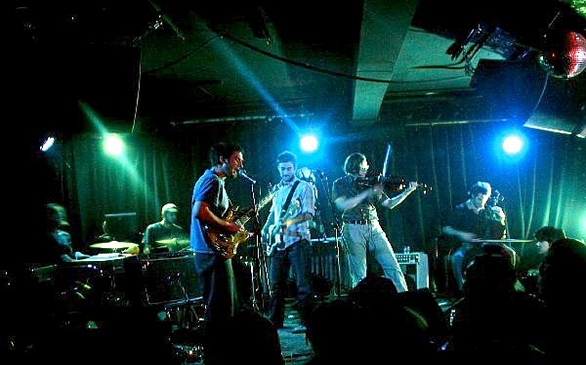 Rock group Joan of Arc add another solid album to their discography with Life Like. Expanding towards a different direction, Life Like sheds the electronic coats from previous records while focusing more on organic musical jam collaboration. The opening seven minutes feature a drum-and-bass interaction lead by stellar guitar melodies that linger through the end. Tempos are quickly modified during tracks, altering the musical direction if only for a second until an onslaught of fast riffs split across the core.

Frontman Tim Kinsella drifts between soft-spoken words to wailing screams during second track “Love Life.” The emotionally driven momentum carries through each song. With the addition of Victor Villarreal on guitars, the album remains heavily reliant on his scrupulous playing. Life Like is a well-balanced record that focuses more on musical explosions than profound lyrical content.