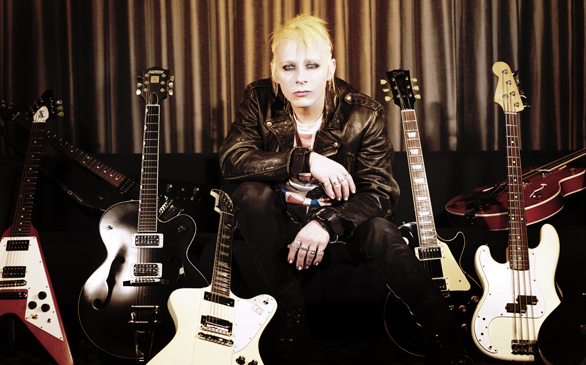 Tim Skold is no stranger to the industrial music scene. Known for his days in KMFDM, Marilyn Manson and Shotgun Messiah, Skold returns with his first solo effort in 15 years. Filled with pulsating bass chords and gritty rock melodies, Anomie features material for both club scenes and head-banging pits. The album includes contagious guitar solos that instantly settle inside minds causing adrenaline outbursts of musical ecstasy.

The slow paced harmonies in “And Then We Die” are featured alongside the dance floor anthem “Suck” that demands bodies chanting along while stomping to the catchy chorus. The album veers towards a more destructive and aggressive tone with “Angel of Noise,” delivering a four-minute warpath that desecrates anything in sight. Written and produced solely by Skold, this album exposes his musical insanity one track at a time keeping listeners aching for more.