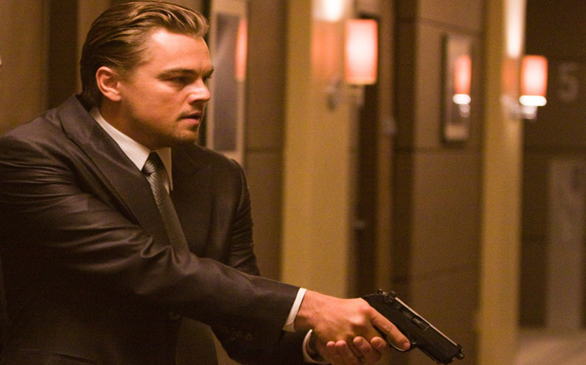 The Real World: For too many soon to be graduates, it can be the scariest thing ever. There’s a fear coupled with the unknown and the idea of having to suddenly transition into a full-fledged working adult. But right now, there’s no time to be scared because time is running out, and you need a job.

Luckily for 2011 grads, you’re entering a way better job market than I did. It’s still not perfect, but the forecast from USA Today and Bloomberg business news say that job outlooks for 2011 graduates haven’t been this good since 2008, and the reason seems to be the growth of the digital/technology sector. Plus there’s a need for more employees since companies had to cut or stop hiring these past few years.

Last year was my first full year after graduation. And it sucked! I remembered feeling like Leonardo DiCaprio in Inception, living within a dream, within another dream. Except this time it was living at a job, at another job and another job, each time fearing the possibility that I would be stuck there forever.

I started off with some transitional jobs: hostess, intern, boba drink server extraordinaire (For someone with a degree, making boba drinks at a tiny store for $8 an hour made me want to give my degree back.). Either way, I sucked up my pride and powered through, keeping focused on getting a job by constantly sending resumes out. (I can say I sent about 50 total, but I’ve had friends who have sent way more than that).

Eventually I found something that could possibly be my career. It was the first “real job” offered to me, so I took it like Speedy Gonzalez on crack. Three months into the job and ... god help me, I found myself in sheer corporate monotony with people who were way older and jaded than me.

Then one day, a coworker who was about two years older than I had received a fellowship to USC, and she was leaving the next week. For anyone who has ever experienced a coworker escape, life just seems that much more miserable. So again, I sent out more resumes, going through the same agonizing process from the first round. Through networking, I eventually switched jobs, and that is where this story reaches its current standing, two years later, countless coffee binges and work-related anxiety attacks later.

I don’t think I’ve ever fully transitioned out of the word post-grad. I heard through the grapevine that post-grads like us change jobs an average of 12 to 13 times.

The weird, awkward transition period that happens right after graduation and when you get your first “real world job” (I define this as working 9 a.m. to 6 p.m. every single day.) is one of those weird phases where you’re wondering what’s happening to you, like an adolescent realizing a body part looks a little different. We weren’t ready then for those changes, and maybe we’re not ready now for this post-graduation transformational surge. Eventually, however, everything falls into place.

For me, I always ask myself: When will I fully transition? All I know is that I haven’t fully settled. I’m still growing, in a type of mindful metamorphosis that these are my goals and this is how I want to do it sort of way.

During these past two years, I officially moved out on my own with my own place and car payments (and student loan payments!). And at times it got lonely. Many of you will find yourselves on a similar path: the lone ranger traversing new territories. I’ve learned that no matter how hard it got trying to make it on my own, I never settled. Sometimes it felt like a whirlwind where I had no control over my destiny, and this had happened on more than one occasion. You know, the whole Inception idea of being stuck somewhere you don’t want to be.

It felt like my life path was chosen for me getting my first grown-up job after college. But only time told me that wasn’t true. Yet one thing still holds the same: The coffee binges never end.

D-Day
A Meat-Eater and the Vegan Food Tour
3,159 views