A League of Their Own With Penny Marshall Q&A: Aug. 16 @ ArcLight 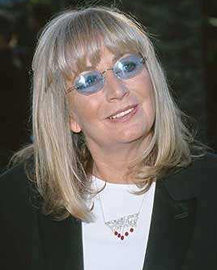 "There’s no crying in baseball," spoken angrily by Tom Hanks’ Coach Jimmy Dugan to one of his many female team members after she flubs a play, is one of many of League’s unforgettable moments. The film is based on the true story of a professional league of all-female baseball teams formed during World War II to keep the game alive and fans entertained while the men – including many of the country’s star baseball players – were off fighting overseas. It stars Geena Davis and Lori Petty as feuding sisters-turned-teammates who play for the Rockford Peaches, and who are accompanied on their quest for championship success by such varied actresses as Madonna, Rosie O’Donnell and "Monk’s" Bitty Schram.

The film achieved both critical and commercial success in the U.S., and also costars Hanks (who coincidentally starred in 1988’s Big, which was Marshall’s big-screen directorial debut), Jon Lovitz, David Strathairn and Penny’s brother Garry Marshall, who plays the wealthy owner of the All-American Girls Baseball League.

Both Penny Marshall and Petty will appear for a Q&A at Hollywood’s ArcLight on Aug. 16 following a screening of the film, which will begin promptly at 7:30 p.m.

ArcLight is located at 6360 W. Sunset Blvd. (between Vine and Ivar, with DeLongpre to the south), in Hollywood. For more information, visit www.arclightcinemas.com.