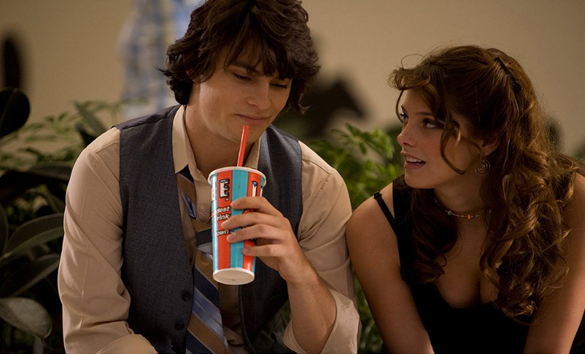 Coming-of-age films that take place in the past are guaranteed to feature retro-heavy soundtracks that attempt to transport the viewer to the decade on display and rev up the nostalgia machine. Much like this spring’s fantastically fluffy Take Me Home Tonight, Skateland is set in the ’80s, focusing on angsty youth and boasting a collection of tunes that’ll get you reaching for your Rubik’s Cube while slipping into a pair of Jordache jeans and downing a can of Tab. However, while the former film reveled in its gloss and glam shots, this little indie drama is more grit.

The film’s star, cutie-come-lately Shiloh Fernandez (Red Riding Hood), stars as Ritchie Wheeler, a small-town Texas skating rink manager who must come to terms with a few post-high school growing pains: His parents’ marriage is crumbling, a couple of rednecks have threatened to bust up his best friend (played by co-writer Heath Freeman) and – the most challenging of all – the film’s titular roller rink is being sold, forcing Ritchie to find work in, where else, the real world.

While the attention to detail of the era is nicely captured by production designer Chris Stull and stylist Kari Perkins, Anthony Burns makes an admirable debut as a director. However, the first-timeness of it shows. Most of the young cast, which includes The Twilight Saga’s Ashley Greene, earnestly report for duty but seem to have been given some loose reins, causing a few scenes to wander or fall flat. Fernandez, who uncannily resembles a young Joaquin Phoenix, certainly has plenty of brooding charm, but whether or not he can carry an entire film, albeit an indie one, is something left up for debate. That said, one can’t resist imagining the performance taking on a new dimension had another actor stepped into the role.

Skateland releases in select theaters May 13.

Movie Reviews
Baumbach struggles to get his arms around DeLillo’s ‘White Noise,’ but he gives it ol’ college try
314 views