James Blunt: May 4 @ The Wiltern 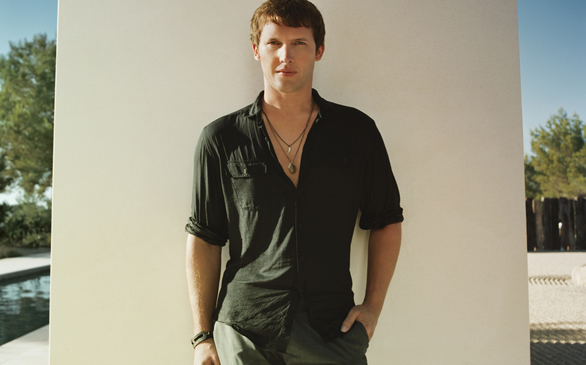 “We’re in L.A., baby,” James Blunt happily said at one point during the show.

A dreamer and an entertainer he is. Blunt thoroughly pleased a packed venue from start to finish, singing tracks from his complete repertoire that dates back to 2005.

He began his show, which included a fabulous opening act from 24-year-old Christina Perri, surprisingly walked throughout a side of the pit before jumping on stage. The crowd was more than satisfied with the unique start.

A five-time Grammy nominee, Blunt has stayed true to his roots of soft, pop and folk rock. What makes him a fine singer-songwriter is the distinctive lyrics in each song, but his distinguished voice set him apart from others within his genre. For example, “You’re Beautiful” and “Goodbye My Lover” rocked the house. Left to right, front to back, the audience sang along.

Aside from tracks off Back to Bedlam (2005) and All the Lost Souls (2007), the concert featured nearly most of the melodies from his latest release, titled Some Kind of Trouble. Some of these included “Superstar,” “Dangerous,” “I’ll be Your Man” and the contagious “Stay the Night.”