Tydolla$ign: Debuts House on the Hill 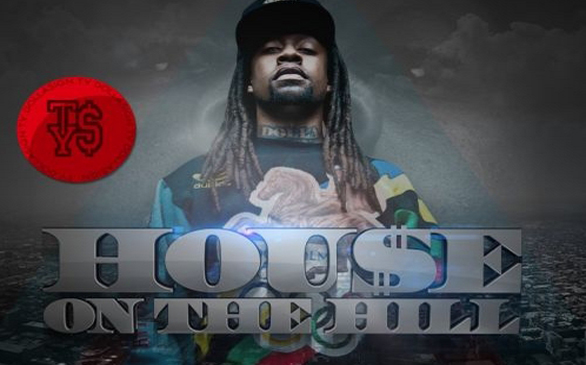 Tydolla$ign’s big break came when he produced and sang the hook on YG’s hit single “Toot It and Boot It.” The record sped up the charts and became a major launching pad for him, not just as a producer but an artist as well. Since “Toot It,” he’s produced “Patty Cake” for YG and “Hell Yeah” for YG featuring Chris Brown and Tyga, sang on “Go Girl” for Brick Squad’s Joe Moses and “Double Dip” for Problem.

With that success, Tydolla$ign’s debut single “All Star” from his new mixtape, House on the Hill, features powerhouse Swedish House Mafia and Joe Moses. The record has been shown a lot of love on Power 106 and enjoys regular spins at 50-plus stations in its first month.

Campus Circle had the opportunity to interview Tydolla$ign in his L.A. recording studio to get to know him, his influences and what motivates him as an artist. He’s a young and very passionate man with a bright future ahead of him; expect to hear much more from him soon!

How long have you been a fan of music?

At what age did you recognize it as your passion and as something you would want to pursue?

Who are some of your earlier influences?

Some of my earliest influences were Tupac, Snoop Dogg and everything that came out of Death Row. Some of the East Coast stuff too: Erick Sermon, EPMD, Eric B. & Rakim, Pete Rock, J Dilla.

How have they influenced you?

For instance, Dilla on the MPC. Once I found out he was on the MPC too, I pledged to never leave it. So it’s MPC fo’ life, king, you feel me?

Do you focus a lot on sampling or more so on original tracks?

Sampling, or whatever I’m feeling like at the time is what we gone do. Sometimes Chordz can start the beat like you hear him doing now, so I might go hop on the keys. Sometimes I’ll start up the beat and he’ll hop on the keys. The homie Fuego will hop on Logic. You know what I’m saying? It's a team effort that goes on around here.

How did the collaboration with you and YG come about for “Toot It and Boot It?”

My homie Big B hooked us up. I listened to his shit and I was like alright cool. So he came over, and I think “Toot It and Boot It” was like the second song we did (The first one was “Better Ask Somebody.”). We took it and made the song in one day. We performed it. and it was crazy. From then on, we knew it was the one.

“Toot It and Boot It” was actually out for two years prior to receiving any buzz. What happened that made it such a success?

TY: There was no label; there was no machine behind it. It was just us (even though we were the machine), you know what I’m saying? It was just a bunch of us out here promoting. Everybody knew somebody, so we were able to do shows all around and sell them out. And from that point, DJs had to catch on, although they didn't really catch on until Def Jam was behind us. So, shout out to Max Gousse! He pressed the button, and from there it was on.

Are there any collaborations that you would like to share with us that we can look forward to hearing?

Man it’s gonna be a whole lot of choosy collaborations going on with everybody. Ima just leave it at that. But the mixtape [out], and it’s a whole bunch of choosiness going on there, so you just gotta check that out. [smirks]

What’s the name of the mixtape?

It’s called House on the Hill. It’s the experience of the house on the hill and it’s a whole bunch of swag going on, so check that out.

Is there anything that you’d like to say to your fans?

Man, I love y’all and thank y’all for fucking with me. I’m gonna continue to put out this quality music and just keep looking forward.

What can you say to the young fans out here who are pursuing music?

What positive advice can you give as far as how they can push themselves to get their music out there as an artist?

Just worry about performing and getting your fan base, and the rest will follow.

House on the Hill is currently available. For more information, visit facebook.com/tydollasign.