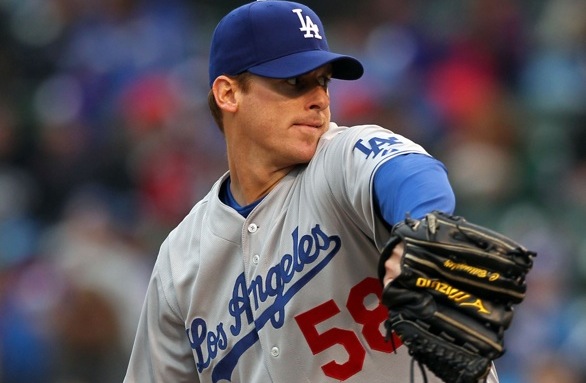 On Saturday evening during a nationally televised broadcast, the Dodgers found themselves in a unique hole. Los Angeles lost a rare ballgame at the hands of the visiting Arizona Diamondbacks, 1-0, at Chavez Ravine’s Dodgers Stadium.

It was really a one-hit wonder. Well, at least for the winning Diamondbacks. Arizona only collected one hit for the entire game, yet managed to escape with a 1-0 shutout win of the aching Dodgers.

“This game sometimes is crazy,” Drew points out. “It’s a big win for us.”

Right-hander Chad Billingsley pitched that night for the Dodgers. He tossed eight innings of solid work, allowing just the one run on one hit while walking two and fanning eight batters. Reliever Kenley Jansen took over in the ninth, shutting down Arizona and striking out two.

The L.A. pitchers did their part, but no offense was present. Not even outfielders Matt Kemp or Andre Ethier could save the night for the Dodgers on a marvelous pitching effort. Kemp went 0-for-4 and left two runners on base, while Ethier was 0-for-3 with a walk.

Los Angeles as a team amassed four hits, two came from first baseman James Loney and the other off of journeyman Jamey Carroll. Billingsley was the other player with a hit, with a double to right field.

“It’s tough to lose that one,” Dodger manager Don Mattingly says. “They pitched well, we pitched well. We got to be able to score.”

Billingsley must be frustrated. In four of his last nine starts on the mound, he has pitched seven or more innings; he only carries a 0-2 mark.