The Rite, The Mechanic and More 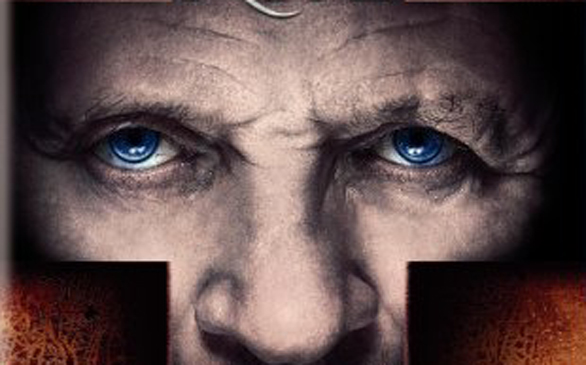 The Majors: A young seminary student gets a crash course in exorcism from a Vatican priest (Anthony Hopkins) in the dark thriller The Rite, from the director of 1408.

Jason Statham stars as an expert hit man who takes on a young apprentice (Ben Foster) on a quest for vengeance in the remake of the Charles Bronson classic The Mechanic. Donald Sutherland costars.

Under the Radar: A hit at the Toronto Film Festival, Daydream Nation is an original coming-of-age film about a 17-year-old girl (Kat Dennings) who moves to a small town and has an affair with her teacher (Josh Lucas). Reece Thompson and Andie MacDowell costar.

During a citywide power outage, a group of survivors realize that everyone else in the city has disappeared and that the darkness is out to get them in Vanishing on Seventh Street. Brad Anderson (Session 9) directs Hayden Christensen and Thandie Newton.

Natalie Portman gives her most grown-up performance to date in The Other Woman. Portman plays a young woman dealing with the simultaneous pressures of losing her newborn baby, forging a bond with her stepson and handling her husband’s jealous ex (Lisa Kudrow). Don Roos (The Opposite of Sex) directs this poignant, well-observed film.

Winner of the Audience Award at SXSW Film Festival, Brotherhood follows a fraternity pledge who finds himself caught up in a convenience store robbery as part of his initiation when everything suddenly goes terribly wrong.

Foreign Fare: A landmark of Italian Neorealist Cinema, Vittorio De Sica’s Shoeshine brilliantly depicts the ravaged world of post-war Italy. Like The Bicycle Thief, this masterpiece is heartbreaking in its frank portrayal of poverty as it follows two boys who try to scrape out an existence on the streets of Rome.

The Idiotbox: Doug Liman (The Bourne Identity) brings his espionage expertise to the small screen with Covert Affairs: Season One. Piper Perabo stars as a rookie field agent suddenly pulled into active duty a month before she is to complete her training. Now she has to stay alive while sussing out her bosses’ ulterior motives. Peter Gallagher costars.

Mark Feuerstein (“The West Wing”) stars as Dr. Hank Lawson, a “doctor for hire” for the Hamptons in Royal Pains: Season Two. Lawson helps everyone from the Upper Crust to the local fishermen with their quirky problems. Henry Winkler guest stars as the doctor’s estranged father.

The Twilight Zone: Season 4 (Blu-ray) marks the anthology show’s switch to an hour-long format and includes classic episodes like “The 30 Fathom Grave” and “Printer’s Devil.”

Paul Newman gives one of his best performances as Fast Eddie Felson in the pool hall drama The Hustler. Jackie Gleason costars as the unbeatable Minnesota Fats.

John Wayne is a Texas Ranger who finds an odd partner in the prisoner he is escorting in order to bring down a band of the evening arms dealers in The Comancheros. The great genre filmmaker Michael Curtiz directs.

Eddie Murphy defined the action-comedy and became a superstar with Beverly Hills Cop.