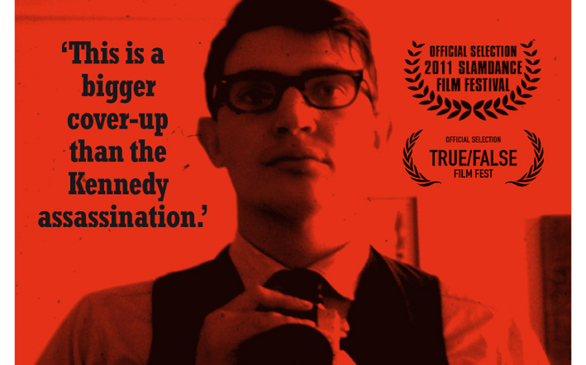 If you happen to see a seven-foot tall tiger frolicking around Columbia, Mo., don’t be alarmed. It’s only Truman, the lovable mascot of the University of Missouri Tigers out looking for adventure. A Truman sighting is a sure sign that there’s fun afoot, but oddly enough, in late winter, Mizzou’s big furry cat is one of the tamer characters you might run into on the streets of CoMo as the True/False Film Fest brings a slew of Hollywood-types and other creatives to town.

The True/False Film Fest is one of the largest documentary film festivals in the nation, and filmmakers come from all over the world to screen titles like Fake it So Real, a hilarious film about the hapless men of the North Carolina Millennium Wrestling Federation, and The Burger and the King, a poignant and somewhat shocking look back at the eating habits of Elvis Presley, complete with a demonstration of how to make his favorite snack, the fried peanut butter and banana sandwich.

The idea behind documentary films is to bring to light situations that are normally not plastered all over the silver screen, and moviegoers this year got their hearts wrenched viewing Project Nim, the story of a (now deceased) chimp who was taught to communicate with human caretakers through sign language. Benda Bilili, on the other hand, ended joyously; the film is about a group of severely handicapped musicians from the Congo who, through their playing, overcame destitution. The band went from living unsheltered on the grounds of the Kinshasa zoo to owning homes and traveling the world to play their brand of traditional African music.

Of course there will always be the outré; John Zielinski was in attendance for Zielinski, a documentation of how his career careened from celebrated photographer to conspiracy theorist. Among the more bizarre of Zielinski’s theories is his belief that there are places in the United States where people are ground up for food. Some consider Zielinski a nut job but in person he is very cordial, mild-mannered and quite willing to talk to anyone who’ll listen.

Opportunities to meet film-related personalities during T/F are unlimited as directors and their subjects are all over town conducting formal question and answer sessions or schmoozing informally everywhere you look.

The most common inquiry you’ll hear on the streets of Columbia during T/F is “What did you see?” as everybody compares notes while moving between showings. The theaters themselves are also an attraction; some docs are shown in funky little venues like the Big Ragtag and adjacent Little Ragtag while some screen in the historic and magnificently-restored Missouri Theatre.

All of the venues feature live music before and between shows and the performers, also coming from all over the country, are as eclectic as the films. Brooklyn acoustic soul act Pearl and the Beard, the Toughcats out of Maine and Columbia’s own favorite sons, Richard the Lionhearted were all among the “buskers” entertaining while audiences got settled into their seats. The four-day-long weekend festival closes out with an event called Gimme Truth!, where a series of shorts is shown and a panel of “experts” and the audience at large tries to guess whether the documentary is about a real subject or if it was completely fabricated. Traditionally hosted by comedian Johnny St. John, Gimme Truth! eventually dissolves into one big after party where everyone gets one last chance to chat up the filmmakers.

Some other things to do in and around Columbia include visiting the Victorian home of early ragtime composer “Blind” Boone, touring the Stephens College Costume Museum, having lunch and sampling some Missouri wine at Les Bourgeois Vineyards where the dining comes with a view of the Missouri River, or shopping in a myriad of funky downtown boutiques and art galleries.

A brand new attraction in Columbia is the Columbia Star Dinner Train, an elegant ride on the rails in 1950s vintage passenger and lounge cars. But remember, if you’re in need of something to do in Columbia, just follow Truman!

Filmmakers interested in submitting their film for the 2012 True False Film Fest should visit truefalse.org. For more information, visit visitcolumbiamo.com.