2011 Summer Playlist: Tunes to Keep You Cool from Memorial Day to Labor Day 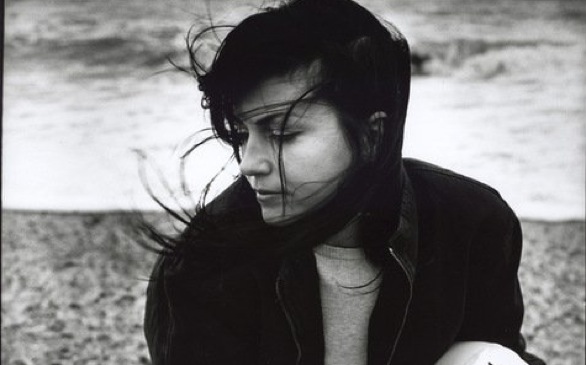 Slip into that swimsuit. Pick up that trashy beach read. And listen up.

Allow me to present my suggested soundtrack for the summer of ’11, 20 tunes you’ll want to download ASAP while you lather up some sunscreen and break out the flip-flops. After all, summer has become synonymous with frivolous fun, so why not put together a playlist to accompany all the memories you know you’ll be making during these sweltering months. (You can thank me later with a daiquiri … or two.) iPods ready?

1) “Wet,” Nicole Scherzinger – With lyrics like “Dripping down my neck, soaking wet, sink or swim or you drown” set to a hard bassline, how could this NOT be required poolside listening? (Also try: “Killer Love”)

2) “Criminal,” Britney Spears – Arguably the most redeeming track from the dance-heavy Femme Fatale, this mid-tempo breezer is a theme song for anyone looking for a scandalous seasonal fling. (Also try: “I Wanna Go”)

3) “Papi,” Jennifer Lopez – Forget “I’m Into You.” This holy union of J.Lo and RedOne delivers with enough fierce flair to fire up the grill at any Fourth of July barbecue.

5) “Edge of Glory,” Lady Gaga – After that unfortunately underwhelming “Judas,” the third single from Gaga’s highly anticipated album is now a frontrunner to be the Summer Anthem of 2011. May this herald the official comeback of the saxophone. (Seriously. Epic.)

6) “Wonderland,” Natalia Kills – She doesn’t “believe in fairy tales,” but you should believe in this underrated artist.

7) “Don’t Turn Out the Lights,” NKOTBSB – For those of you yearning for the days when it was OK to blare “I Want It That Way” in your dorm room ... and for those of you who bought tickets to their summer tour.

8) “Super Bass,” Nicki Minaj – The Gaga of hip-hop follows up her smash hit, “Moment 4 Life,” with this joyful ode to runaway heartbeats and love that makes you go boom-boom-boom.

9) “Who Says,” Selena Gomez & The Scene – To prep you for Ms. Gomez’s big-screen debut this July, Monte Carlo, also starring Leighton Meester and Katie Cassidy. Admit it, you’re a little excited for it too.

12) “Turning Tables,” Adele – The British songstress continues her 2011 winning streak with this hauntingly beautiful piano ballad. Take a late-night drive, roll down the windows and smell the Grammy nominations.

13) “Jack Sparrow,” The Lonely Island feat. Michael Bolton – Those who caught the Tina Fey-hosted installment of “SNL” earlier this month were treated to the music video of Andy Samberg and company’s latest spoofy single. Listen to it for the slick production values and surprisingly catchy hook if not for the moment when M.Bo belts out the words “pussy waiting to get fucked.” In a word: amazeballs.

15) “You Make Me Feel,” Cobra Starship feat. Sabi – The party boys are back for more Red Bull-fueled craziness.

16) “Don't Wanna Go Home,” Jason Derulo – How this guy manages to simultaneously sample both Robin S.’s “Show Me Love” and Harry Belafonte’s “Day-O” (that Beetlejuice song) while keeping me hooked is a miracle within itself.

17) “Bounce,” Calvin Harris feat. Kelis – The eccentric R&B diva teams up with the electronica powerhouse for this superhot dance single.

18) “Kiss Me Slowly,” Parachute – A “Glee”-ready, pop-rock ditty perfect for those prone to puppy love.

19) “Victim of Love,” Cash Cash – If Ke$ha were a boy band, she might sound like these guys from New Jersey. Not to be confused with the blokes from Cobra Starship. (Also try: the rip-roaring “Sexin’ on the Dancefloor” and the infectious “I Have One Regret”)

20) “San Francisco,” Cascada – Because it wouldn’t be summer without a Eurotrashy dance gem from these guys. It’s an anthem for the city that will get all the boys ripping off their shirts in the Castro.