Love in the Time of Neurosis: A Tribute to Albert Brooks: May 20-21 @ Egyptian Theatre 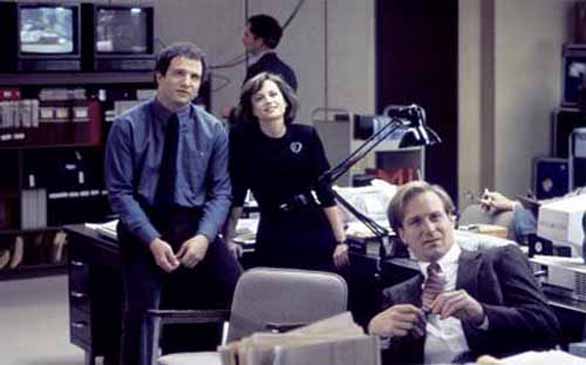 You might only know him for playing the voice of Marlin in the Pixar classic Finding Nemo, but Albert Brooks has had a whole career that can’t be condensed in the form of an animated, neurotic clownfish. Although as a comedian, Brooks is – in a way – a clownfish that is known for his high-strung personality, he is in fact a tall, burly man with curly brown hair instead of the orange fish that overprotected poor little Nemo. And unlike Marlin, a clownfish that “really isn’t that funny,” Brooks has a real knack for jokes (The universe certainly seems to have played one on him when he was born with the name Albert Einstein, which he changed as an adult for what one can imagine quite a few reasons).

With David Letterman, Garry Marshall and Johnny Carson among his fans, Brooks is a legend, yet also one of the most underrated comedians in Hollywood. The New Yorker published a very revealing profile on the funny man that gives a hint of what it must be like to pick his brain, which seems to be able to find the funny in the simplest of things.

In the article written by Alison Rose, he relates in a phone interview, “I have three eagles in a tree near me. I went to a bookstore and looked them up, and they seem to be golden eagles. They started out cute, but they’re bigger now than I am, and they make more noise than a dog. They make this whistle. It’s an unflattering bird sound. But they’re amazing to watch. I bought binoculars, and I watched them learn how to fly. First of all, their nest is bigger than my room. It’s eight-feet long, I swear to God. You and I could get in there and get a good night’s sleep. They hop back and forth in the same tree for about a week. Then, eventually, they move to a nearby tree. Then they fly freely, and now I’m waiting for them to leave.”

“Because of the whistling?” the journalist asks.

Brooks answers, “Yes. I’ve given them hints. I’ve put brochures of Alaska all over the tree.”

“How did you first notice them?”

“I noticed the mother finishing up the nest. And sitting there and taking care of something.”

“How did you know it was a mother?”

“Well, I don’t know. Do men sit on eggs? I didn’t see a vagina, if that’s what you mean, but I just assumed the mother sits on eggs.”

That article was published in 1994, and it asks why, in spite of being highly regarded by Hollywood greats, the public doesn’t know that he’s the funniest man in the movies. Seventeen years later, the same question still applies because for the most part, he still somehow remains to be some sort of a cult secret to the lucky ones who know better.

Want in on it?

To acquaint the hapless unfamiliar and to indulge the already versed aficionados, the American Cinematheque is presenting a showcase at the Egyptian Theatre of four movies that Brooks starred in: Broadcast News and Real Life on May 20 and Defending Your Life and Modern Romance on May 21.

Directed by James L. Brooks, Broadcast News is a 1987 film about a love triangle that takes place in a news show, starring Brooks, Holly Hunter and William Hurt as the troubled trio. It was Oscar-nominated for Best Picture and Best Original Screenplay, with each of the three leads also nabbing nominations.

Brooks portrays himself as a filmmaker in Real Life, who follows an American family with his cameras to create a show. Made in 1979, this movie precedes “The Osbornes” and “Jersey Shore” by decades, proving just how ingenious Brooks is.

Defending Your Life stars Meryl Streep as Brooks’ love interest in the afterlife, which the 1991 movie portrays as “a combination theme park and Hollywood screening room,” where dead people are required to justify moments from their lives just like Hollywood directors defend their works from critics and studio bigwigs.

In Modern Romance, Brooks plays the film editor opposite Kathryn Harrold in a movie about the neurotic but funny ups-and-downs of a romantic relationship.