DVR Killed the Water Cooler: Behind on “Glee” episodes? Don’t talk to me. 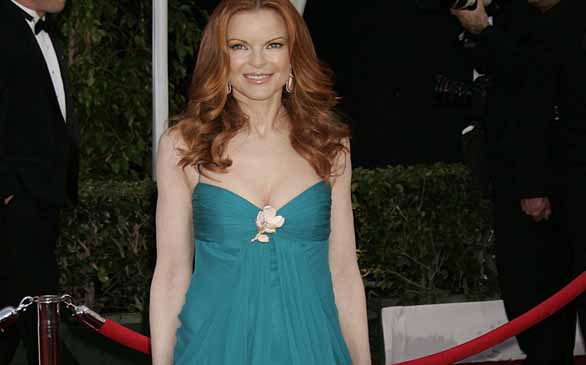 I walk onto the concrete schoolyard ready to get my learn on. But before my peers are shepherded into eighth-grade homeroom, I huddle on a bench next to my friends to talk about last night's jaw-dropping episode of “Melrose Place” (the original). The cliffhanger on everyone’s lips this morning involves a back-from-the-dead Kimberly Shaw (a pre-“Desperate” Marcia Cross) spying on her ex-fiancé while he hooks up with the Vixen of All Vixens, Sydney Andrews. It is a television (and pop-culture) moment for the history books – only to be topped by the following episode in which the resurrected doctor pulls off her wig to reveal a giant Frankenscar on her cranium.

Tuesday mornings were reserved for “Melrose” recaps. My classmates and I couldn’t help but regurgitate and obsess over the previous night’s episode. Had we been coworkers sharing an office space, we would’ve been gathered around that proverbial water cooler, chatting up a storm. Other TV milestones were also heavily discussed immediately after their initial broadcast: the accidental shooting of Scott on “Beverly Hills, 90210” (a main cast member from a teen show getting killed off? Stunned), “Ellen”’s big “coming out” episode, Susan Hawk’s rat-snake speech on the very first “Survivor” finale ... the list goes on.

But a funny thing happened during the past 15 years or so since those innocent days on the blacktop. Cable networks started to produce original content. DVDs invaded video stores, which then became an endangered species. Lives became busier. And a little thing called TiVo made it possible to record our favorite shows without using those cumbersome VHS tapes. In short, everything was suddenly digital.

With this evolution came what I like to call the Decline of the Water-Cooler Chats. Less frequent now are those moments when friends or coworkers can gather together, face-to-face, the morning after a juicy night’s worth of drama. Why? Because everything is now saved on the DVR at home. One can go for weeks without watching several episodes of “Mad Men” or “The Vampire Diaries” because they’ve been accumulating on that little metal box perched below your HDTV.

“I can just catch up on everything over the weekend,” you say. And when your friend wants to talk about the shenanigans from that phenomenal installment of “Top Chef,” you can’t: “I’m three episodes behind on my DVR. Don’t spoil anything for me!”

Fortunately, I had yet to own my first TiVo when, on “Alias,” Francie was assassinated – by her doppelgänger! I had watched that OMG-worthy episode with a friend the night it originally aired. There was no waiting period. We immediately turned to each other and screamed at this ingenious plot twist, one of the many that was typical on the Jennifer Garner spy serial.

It seems like we didn’t have this “problem” when we learned to record shows on the ol’ VCR back in the ’80s and ’90s. VHS cassettes typically allowed up to six hours of recorded footage on each tape, creating more of an urgency to watch your show as soon as possible and reuse it for next week’s programs. Now? DVRs usually hold up to 80 hours of televised content. Every minute of every sitcom, every inane reality show, every daytime chatfest can build up in those memory chips, and you can take comfort in knowing that you have it all stored in there for future viewing. But the question is: When will you watch it?

With the exception of daily blogs dedicated to the dissection of popular shows, there seems to be less and less instant reaction and feedback discussed, especially in person, because less and less people are watching them “live” or during the actual given timeslot. As a result, less and less people can gather together to talk about their favorite TV moments. Everyone seems to be on his or her own viewing schedule thanks to the blessed invention of the DVR. I even cancelled my TV Guide subscription because of the accommodating features and benefits the DVR offers; it knows when my shows are on – when to avoid any repeats – saving them all for me. And if for some reason my DVR has some technical difficulty and neglects to record 30 Rock, there are always online on-demand services (hello Hulu and Crackle) that got my back.

There are also a few extremists out there (you know who you are), television viewers who will opt to miss an entire season of a hot new show all of their friends are glued to, either because they’re too late jumping on the bandwagon and don’t have the time to catch up to present storylines, or they tell themselves that they can always add the DVDs to their Netflix queue when the season is finally released. I recently did this with the third season of “Dexter” and immediately purchased the rest of the stellar first season of “Damages” after catching the free pilot on iTunes.

Perhaps we should all pay our respects to the water cooler as we charge forward into this new era. Not only does it have to face the competition of bottled water and the rising trend of reusable aluminum canteens, this modern-day campfire of sorts has to face neglect as less people hover around it to chat about fictitious characters and the colorful lives they lead.

Let us all raise our small paper cups...