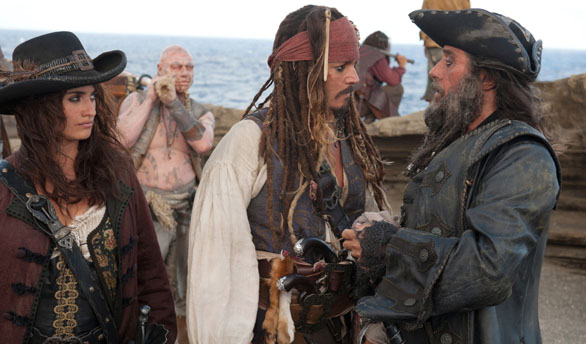 New characters didn't stop Pirates of the Caribbean: On Stranger Tides from succeeding. In fact, it might have helped. The newest, re-envisioned installation in the pirate series has broken a record, beating the foreign opening of Harry Potter and the Half-Blood Prince, which set the record with its opening profit of $236 million.

With its earnings of $346.6 million, Johnny Depp's latest is now also number four on the list of the films with the highest global openings.