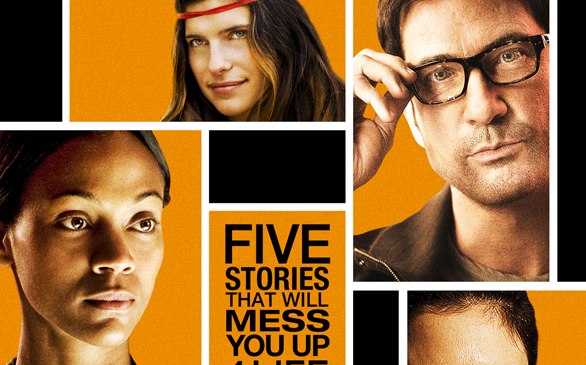 IRT Deadliest Roads: Season One sends thrill-seeking truck drivers to some of the most treacherous roads in the world, from the crowded streets of Delhi to insanely steep and narrow roads blasted into the mountainside.

From Criterion With Love: Watching a film by Andrei Tarkovsky is a bit like subjecting yourself to a psychological experiment. The Russian auteur uses hypnotic pacing and beautiful images to transport the viewer to another world. Arguably his greatest film, Solaris, a mind-expanding sci-fi mystery, is the perfect film for Blu-ray. This Criterion release comes with some great bonus features, including a documentary about author Stanislaw Lem and an appreciation by Akira Kurosawa.

Stranger Than Fiction: With technology accelerating the way it is, futurist Ray Kurzweil’s theories of our own gadgets surpassing human biology are seeming increasingly prophetic. Transcendent Man profiles the fascinating thinker and his theory of singularity.

Martin Scorsese narrates Picasso & Braque Go to the Movies, a look at the interplay between early cinema and the art world.

A Small Act is an utterly affecting documentary about a poor Kenyan turned United Nations human rights lawyer and his search for the anonymous donor who made his incredible journey possible.

Under the Radar: Eastside hipsters are an endangered species when they become the targets of a serial killer in the noir-comedy The Scenesters.

Antonio Banderas stars as a Los Angeles P.I. in way over his head in The Big Bang. Snoop Dogg and Sam Elliott costar.

Blu Notes: Steve McQueen’s other great escape, Papillon costars Dustin Hoffman as a pair of convicts in France’ s brutal Devil’s Island prison. Based on a true story, McQueen plays a petty criminal wrongfully convicted of murder who devotes himself to the impossible: escape.

McQueen did most of his own driving alongside 45 international racing stars in Le Mans, a dramatization of France’s annual 24-hour endurance test.

In honor of the 150th anniversary of the Civil War, director’s cuts of Ronald F. Maxwell’s massive epics Gettysburg and Gods and Generals come to Blu-ray with a slew of behind-the-scenes and historical bonus features. Jeff Daniels and Martin Sheen put faces to the men who fought in America’s bloodiest battle. Daniels reprised his role as Joshua Chamberlain alongside Robert Duvall as Robert E. Lee in the prequel film. The new cut restores an hour of footage.