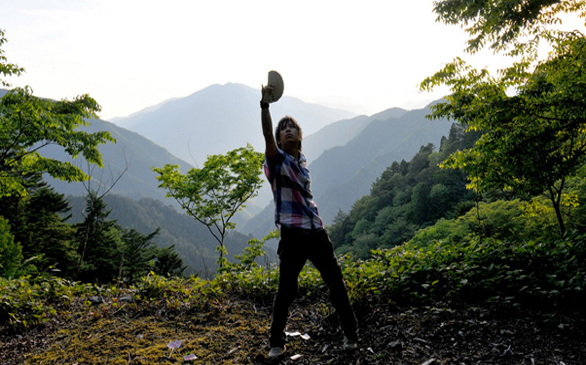 While most people have been introduced to magic through J.K. Rowling’s world of Harry Potter, they are less familiar with the skills of magicians. The film Make Believe explores the world of magicians and shows that magic is more than just card tricks. It is a documentary about six teenagers looking for their place in life through magic.

The film opens with a simple shot of a boy sitting alone on a bus. But this simple beginning quickly becomes magical as the boy pulls out a deck of cards.

This boy performing eye-catching card tricks is teen magician Hiroki Hara from Japan. His card tricks have gotten him a chance to perform in the teen competition at the World Magic Seminar in Las Vegas.

Hiroki describes magic as borderless, and this is can be seen as the documentary take the audience on a ride through the United States, South Africa and Japan. Most of the teens are outsiders in their community and find their confidence through magic. Derek McKee was very shy before he started doing magic tricks, but he found the art of illusion a good escape.

Within the film, there are heartfelt scenes that compel you to root for them in the competition; such is the case with magician duo Siphiwe & Nkumbuzo. They come from areas in South Africa where crime is an issue that affects them every day. Siphiwe’s mother is robbed whenever she steps outside of her door, but magic is a positive instrument in Siphiwe and Nkumbuzo’s lives and keeps them out of a life of crime.

Make Believe allows us a glimpse into a world we know very little about. The film show us that magic is more than just pulling a rabbit out of a hat and even demonstrates how to do a card trick. The documentary gives us a very intimate view into these teens’ lives and leaves you in suspense to see who wins the competition. If you are looking for a movie to capture your heart and keep you wondering until the end, then Make Believe is the movie to watch.