Dance and Choreography: Making an Impact 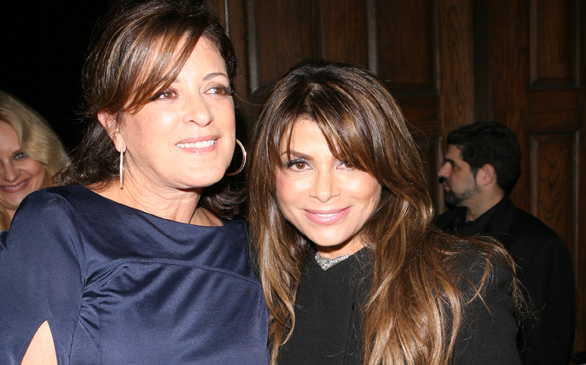 Dance has become a critical staple in the world of entertainment. On television, shows like “Dancing with the Stars,” “America’s Best Dance Crew” and “So You think You Can Dance” have dedicated viewers who never miss an episode and vote for their favorite dancers. The film Step Up was so popular that a series of three films were produced. Pop concerts, as well, aren’t complete without choreography and dancers. The audience expects to be entertained, and whether it’s the artist or their background dancers, shows are enhanced and often driven by the dance numbers that the choreographer creates. Lady Gaga, Madonna, Janet Jackson, Miley Cyrus, Usher, Justin Bieber, Beyoncé and even boy bands aren’t complete without their dancers. In the world of marketing and advertising, dance is seen in commercials, and dancers are in magazine ads helping to sell new products.

Behind it all is the choreographer who creates the vision, collaborates with the artists, finds the dancers, creates the steps and is a key element in the production, whether in TV, film, stage or advertising.

Julie McDonald, owner and partner of MSA (McDonald/Selznick Associates), is a pioneer in the commercial dance world, being the first dance agent in Los Angeles since 1985. She and her partner, Tony Selznick, were both dancers and through different paths came together to form MSA, an agency that represents dancers and choreographers.

In the conference room at her agency in Hollywood, Calif., McDonald sits down with Campus Circle to discuss the role of the choreographer and how they are influencing every part of the entertainment business.

How does dance affect a pop artist’s career?

McDonald: You would think a lot of pop artists would have a sense of rhythm, but so many don’t. Dance is a skill that every performer should have. It gives you a sense of your body and motion on stage. We get a lot of requests to help artists with their stage performance, whether they’re dancers or not. There may not be a step of dancing in their show, but they have to learn how to carry themselves, how to sit on a stool, how to walk and how to have a more visual presence. Nowadays, if you’re a pop artist, you have to know how to dance. Dance is a huge part of it.

Lately, there is a lot of dance in ads and commercials. How does a choreographer conceptualize or create for that kind of a job?

So what areas are choreographers making their mark and putting their stamp?

Music. Broadway. Anything with live entertainment like music tours, pop shows and music videos. Broadway or in the theatre, is the most collaborative of all the commercial disciplines. Cirque du Soleil is also another collaboration. We have a huge amount of business with Cirque du Soleil.

MSA represents some of the biggest names in choreography, but who are some of your younger budding stars?

Tabitha and Napoleon, and they are not working with artists necessarily. They’re working on two feature films, they’re doing the Kids Choice Awards, they’re directing videos for a couple new artists and they’re directing the Jabbawockeez show in Vegas. They are “So You Think You Can Dance”’s favorite.

We have a young guy named Tony Testa who we think is probably one of the most talented people ever. He’s choreographer and assistant director on Kylie Minogue’s tour.

Commercial dance and choreography have proven to be a huge part of pop culture. Dancers and choreographers alike are their own celebrities and are influencing the way the audience experiences music, film, stage and even advertising. Wherever you turn, dance is somewhere. The entertainment business is now seeing that dance is a vital part to entertainment overall. Hopefully, the trend will continue.

Dance
Misty Copeland, and the history of other black ballet stars
2,209 views