Suspense Account: The Films of Alfred Hitchcock: May 26-29 @ Egyptian Theatre 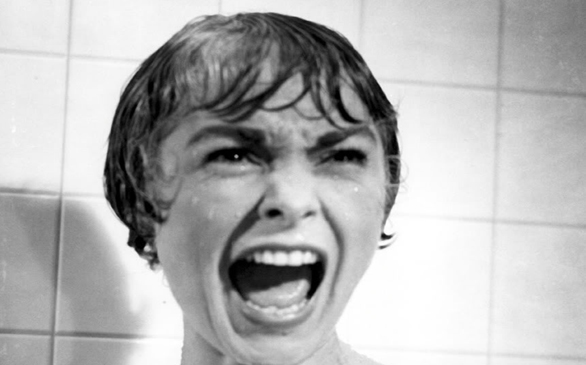 Next to low water pressure, Psycho’s iconic murder scene – permanently seared in the brains of those who have seen it – is one reason why your blood may curdle in terror while in the shower. Despite good reason, a reminder of the screeching violin score that cues a man in drag stabbing the unsuspicious Janet Leigh is enough to make you set aside this hygienic bathroom practice every once in a while.

Very few individuals have this kind of profound effect in one’s everyday life, and Alfred Hitchcock, unfortunately for the shower’s reputation, is one of them. Dubbed as “the Master of Suspense,” the British filmmaker created more than 50 movies in a career that spans over six decades. The American Cinematheque invites you to bask in the terror that Hitchcock concocted for an ever-present audience, which outlasts generational divides and trumps mediocre 3-D horror films without much competition.

The Egyptian Theatre starts the thrill fest with Rebecca and The 39 Steps on May 26. Hitchcock’s first American project, Rebecca was awarded Best Picture by the Academy Awards in 1940. It is a gothic romance that stars Joan Fontaine, a housewife who ventures into entangling the mystery behind the death of her wealthy husband’s first wife, Rebecca. Inspiring two Bollywood remakes and multiple radio play adaptations including one by Laurence Olivier and Vivien Leigh, Rebecca is a must-see for any Hitchcock fan. The 39 Steps on the other hand is a 1935 film loosely based on John Buchan’s novel of the same name. Unlike disgruntled fans of Dr. Seuss’s books however (see: How The Grinch Stole Christmas and The Cat in the Hat), Buchan himself said that Hitchcock improved on his novel. With the most recent Broadway adaptation of the novel winning an Olivier award for Best New Comedy, seeing this classic spy thriller full of brain twisters and continuous suspense will certainly make an interesting watch.

The next night, Hitchcock enthusiasts of the L.A. area will surely flock to see two of the director’s most acclaimed films, Psycho and The Birds. The major propeller of mentioned shower paranoia, Psycho is a low-budget project that puts the absurdly funded horror movies of today. Numerous remakes and sequels find little success compared to the original, and seeing it on the big screen may just make your viewing pleasure of this classic better by epic proportions. Seven spots down from Psycho’s No. 1 position on the American Film Institute’s list of top 100 thrills, The Birds is another Hitchcock hit that can very well cause an irrational fear of common everyday things, this time winged, otherwise cute feathered creatures. Set in a picture-perfect Northern California coastal town, the film depicts a sudden, unexplained invasion of birds.

On May 28, the Egyptian Theatre will be playing To Catch A Thief and Notorious. To Catch a Thief is a romantic thriller starring Cary Grant and Grace Kelly. Situated on the French Riviera, Grant plays a retired thief who falls in love with an American party girl played by Grace Kelly. With Edith Head’s most beautiful costumes, audacious sexual undertones (for that time of course) and unsolved robberies, To Catch A Thief is a lighter yet gripping film that attests to the iconic director’s versatility and genius. In another Hitchcock movie, Grant graces the screen with his debonair, good looks in Notorious. Instead of playing a 1940’s rapper however, he instead stars as an allied agent who becomes involved with another party girl, this time played by Ingrid Bergman. As her character is set to marry and spy on her father’s Nazi friend, their plans are complicated by the growing romantic relationship between the two, an exciting plot that can certainly rival the 2009 biopic of the same title.

To close the series, the American Cinematheque will screen Vertigo. Released in 1958, the thriller features James Stewart, Kim Novak and Barbara Bel Geddes as the stars of this French novel adaptation. Met with poor reviews upon its release, Vertigo is now hailed by many as Hitchcock’s best creation. The “zoom out and track in” effect is also invented by an uncredited second-unit cameraman in this movie to create a vertigo sensation in the audience.