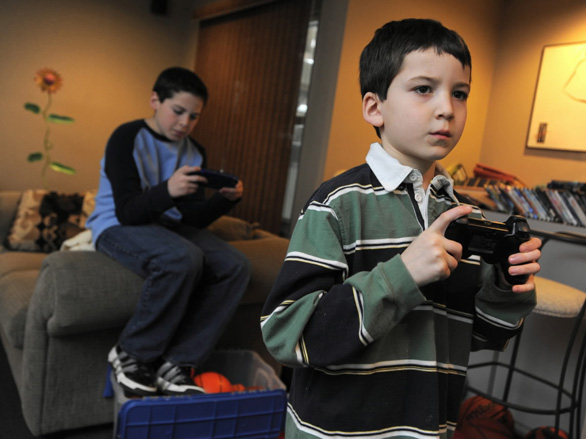 "The Tomb Raider Trilogy" collects the three most recent main-series games in the long-running franchise: "Tomb Raider: Legend," "Tomb Raider: Anniversary" and "Tomb Raider: Underworld." "Legend" and "Anniversary" are both several years old, but both games have been remastered in 720p for this collection. "Underworld" was released on the PS3 in 2008 and is unchanged.

There's little reason for anyone who owns these three games already to pick up the new collection, but those who don't will find three good action-adventure games to puzzle through as globe-trotting heroine Lara Croft visits lost cities, ancient ruins and underwater caverns, facing threats both mundane and mystical.

There are minor differences between the games, but in each Lara will possess a pair of pistols, among other weapons; a retractable grapple for swinging from, pulling on and climbing up objects in the environment; and the agility and strength to get around in rather inhospitable environments laden with traps, puzzles and other hazards.

"The Fancy Pants Adventures" started out as (and remains) a free online game, with its stick-figure hero and his colorful pants running, jumping and climbing his way through numerous 2-D levels. Up to four players can team up in the new console version, a separate adventure from the Flash-based original.

The hero, Fancy Pants Man, is on a quest to save his sister from pirates. He is unarmed at the beginning but can run fast, jump far, climb high and slide into or bounce off enemies to damage them. Eventually he will find weapons, such as a pencil.

The hand-drawn and animated art provides much of the game's charm, and old-school platform-jumping challenge much of its fun. The levels are full of tricky jumps and hard-to-reach areas but the levels can all be replayed, so there's always the opportunity to try again if something is missed the first time through.