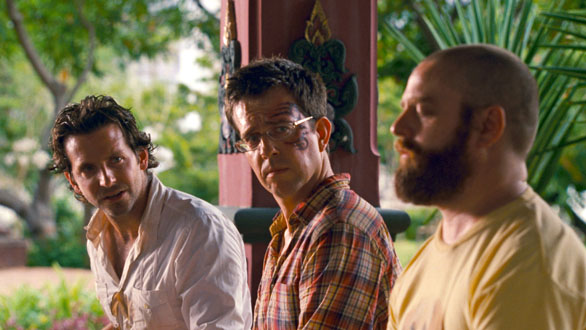 WARNER BROS. PICTURES/MCT
(Credit: The Hangover beat the record of The Matrix Reloaded .)

The wolf pack is back and with a bang. The comedic The Hangover 2 has broken records in the film world. The film boasts the most successful opening of any comedy and also made more money than out of any R-rated films within the first five days. The film has earned $137.4 which is more than The Matrix Reloaded , which made $134.3.