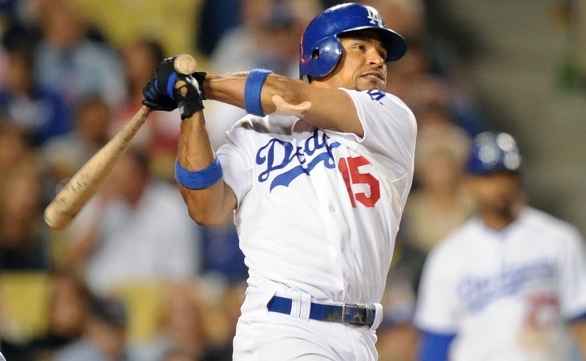 Rafael Furcal returns, but several others Dodgers remain on the DL.
(Credit: Wally Skalij/Los Angeles Times/MCT)
A series of injuries has plagued the Los Angeles Dodgers throughout the year, thus robbing the squad from an ideal 40-man roster since the season began.

Shortstop Rafael Furcal recently returned from the disabled list, and he has given them positive production since stepping onto the field. But currently, the Dodgers have eight players on the disabled list. These include right-handed closer Jonathan Broxton, relief pitchers Vicente Padilla, Kenley Jansen, Blake Hawksworth and Hong-Chih Kuo. Catcher Hector Gimenez, infielder Juan Uribe and outfielder Marcus Thames are also on the DL.

The Dodgers carry a 25-30 overall mark and are in fourth place of the NL West, and the stints that players have experienced on the DL has not helped the team in its efforts to stay consistent. Padilla and Thames are sure call-ups sometime this week, but Jansen just landed there.

Jansen was placed on the DL on Sunday because of shoulder inflammation, and the roster spot has been filled by the call-up of Josh Lindblom. A 23-year-old who was the Dodgers’ second-round pick in 2008, Lindblom brings a ratio of 12.2 struck out batters per nine innings with a 2.96 ERA in 24-1/3 relief innings in Double-A work this campaign.

Lindblom, who is considered as a Dodger top-20 prospect, is happy for the call up, even though it came at 2 a.m.

“Whenever the phone rings, whatever outs you need me to get,” he says. “I just focus on getting that out.”

Although he only received about 45 minutes of sleep, Lindblom, who made seven saves in AA, was ready to pitch Sunday.

“I was fine to throw,” Lindblom tells the media. “The adrenaline was pumping, but as soon as I walked out of the clubhouse, I felt like I was hit by a Mack truck.”

Other notable Dodgers who have seen time in the DL include starting pitcher Jon Garland, catcher Dioner Navarro and third baseman Casey Blake.