The Fantastical Worlds of Tim Burton: Throughout June @ LACMA 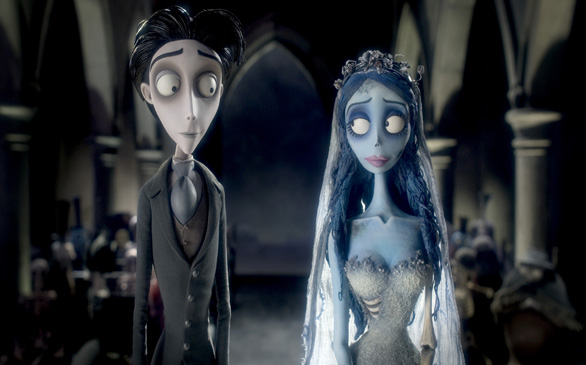 Seeing a Tim Burton movie is like watching an explosion of multiple fairy tales and scary monsters that belong in your worst nightmares. He creates lucidly unique worlds that require an extra special and active imagination. The same can be said about his characters, which can either inspire the most interesting Halloween costumes or extremely weird and perplexing ones, like a badly executed Edward Scissorhands or a tuxedoed, scraggly-haired, cone-nosed Danny De Vito.

Needless to say, Burton is an influential filmmaker with a strong voice, responsible for vivid childhood movie-watching memories and gothic tween merchandise. The dreamy landscapes and memorable characters he creates are what some really ambitious artists hope to conjure up in their own works. To honor his achievements and in conjunction to the Los Angeles County Museum of Art’s exhibition of over 700 art projects inspired by the director, artist and writer, the museum’s film department is presenting a retrospective of Burton’s films. This week, LACMA is holding screenings of Beetlejuice, Corpse Bride, Mars Attacks!, Pee-Wee’s Big Adventure and Planet of the Apes.

For starters, the museum is showing Beetlejuice and Corpse Bride on Friday. Upon its release in 1988, The Los Angeles Times proclaimed Beetlejuice as “a dazzling display of Burton’s unique pop culture sensibility. There hasn’t been anything remotely like it since Ghostbusters or, closer still, The Rocky Horror Picture Show. By the time this irresistible treat is over, it has created some of the funniest moments and most inspired visual humor and design we may expect to experience at the movies all year.” Make that of all time. For 23 years later, this observation still rings true. Catherine O’Hara who plays Delia Deetz will be present at the screening. One of Burton’s more recent films, Corpse Bride, is an animated, romantic flick with a quirky, macabre twist. Victor Van Dort (voiced by Johnny Depp) is a Victorian young man who accidentally marries Emily (voiced by Helena Bonham Carter), becoming his corpse bride. Unfortunately, Depp won’t be in attendance, but reliving this underrated valentine classic on the big screen is still worth a trip to the museum.

The next day, LACMA is playing Mars Attacks! and Pee-Wee’s Big Adventure. Boasting an all-star line-up that includes Jack Nicholson, Pierce Brosnan, Natalie Portman, Sarah Jessica Parker and Tom Jones, Mars Attacks! is a satire of serious issues like American patriotism, religion and new age philosophy in the form of a funny parody of cheesy sci-fi movies. Pee-Wee’s Big Adventure on the other hand is Pee-Wee Herman’s big screen debut and Burton’s first feature film, a collaboration of two bizarrely entertaining individuals that makes as much sense as peanut butter and jelly.

Salon’s Stephanie Zacharek raves, “Everything about Pee-Wee’s Big Adventure, from its toy-box colors to its superb hyper-animated Danny Elfman score to the butch-waxed hairdo and wooden-puppet walk of its star and mastermind, Pee-Wee Herman, is pure pleasure … every scene is a marvel of visual ingenuity.” A 30-minute showing of Frankenweenie, Burton’s 1984 featurette that parodies Frankenstein in canine form, will follow Pee-Wee’s Big Adventure. A Disney Digital 3-D version is currently in the works to be released in 2012, so do like a true Burton fan and see this early work before everyone else even hears about what could possibly be one of next year’s blockbusters.

On Tuesday, the museum will hold a matinee of Planet of the Apes starring Mark Wahlberg, Tim Roth, Helena Bonham Carter and Paul Giamatti. It may not be the best received of Burton’s films, but if the memory of a girl in her 20s serves her right, this movie was cool and awesome back in 2001. Who can resist a movie description that reads, “an electromagnetic storm sends an Air Force captain into the future and crash-lands his space vessel onto a mysterious planet ruled by humanoid apes where he is taken prisoner?”

LACMA will be showing more of Burton’s films throughout the rest of the month, such as Sweeney Todd, Batman, Batman Returns, Charlie and the Chocolate Factory and last year’s Alice in Wonderland.