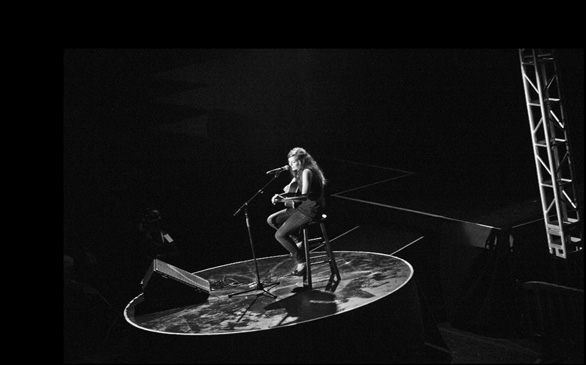 “Wait! Did you say SPRING SING?!” exclaims the mean-turned-friendly lady officer as she realizes that the young college students driving beyond the speed limit were rushing to perform the opening act of UCLA Spring Sing 2011.

Spring Sing is a UCLA tradition that resembles a talent show, and these students (who make up the Company) arrived at the venue just in time May 20 to sing and dance to Lady Gaga’s “Telephone” after a wild weekend in Vegas. Their outfits were color-coordinated, and their performance was energetic and lively, raising the hype, anticipation and excitement of their fellow classmates who filled up every seat in the stadium.

Then, the crowd applauded as they heard the incredible celebrity judges’ lineup. As the sun continued to set, Spring Sing commenced with additional crowds hanging around huge trees beyond the stadium.

Very early in the show came DJ Harper’s performance. He was last year’s Spring Sing winner, so anticipation and expectations were high. Also, he just appeared on “Glee” a week earlier! He played his guitar and sang a self-written song about being in love with a wonderful and beautiful girl. His goal for this performance was to sing with emotion instead of mere execution, and indeed, his heart shined through his singing, earning him the crowd’s ringing applause and awe.

Another great singing performance was Signature A Cappella’s tribute to Michael Jackson. These lovely ladies sang “We Are Here to Change the World,” “Beat It” and “Black or White.” A coed a cappella group named ScatterTones sang “Wavin’ Flag,” proving the singing talent that resides at UCLA.

A number of hilarious skits enhanced the audience’s enjoyment. The skit “Club B-Café” portrayed the most popular, accessible and delicious eating venue at UCLA’s dorms as the hotspot for late-night boredom and food cravings. Bruin Café took on the look of a nightclub, and the dancers and singers swiped their BruinCard four times for soup, yogurt and bagels after bagels. There was a European guy rapping and even hot female workers at Bruin Café.

What made this performance memorable is the fact that it truly embraced UCLA student life. Each UCLA student can recall midnight snacks and hangouts at B-Café, and it is probably there that students have felt the “true Bruin” spirit and pride by attending such a well-renown institution. UCLA takes good care of its students, even down to their eating habits at odd hours. All around the walls of B-Café are framed pictures of famous UCLA alumni – which the skit emphasized.

“Club B-Café” won the Best Skit Award. Besides the winner, there were skits about Twilight, Harry Potter and The Wizard of Oz meets Avatar.

At any talent show, awards are given. The winner of the George and Ira Gershwin Award for Lifetime Musical Achievement was songwriter, producer and co-founder of the Beach Boys, Brian Wilson. In his acceptance speech, he remarked about how great it was to receive an award that bares the name of someone he considers his inspiration. He reminisced about the beginnings of the Beach Boys and instilled in the crowd’s minds that greatness comes from beyond imagination and prediction.

Finally, after all the performers delivered a fantastically fun show, overcoming the outdoors stage, Courtney Randall won Spring Sing! She wrote a song called “The One” and sang it with her guitar.

Randall’s image is akin to Taylor Swift and Colbie Caillat, and she is an endearing and bright star whose song stood out because it illustrated a story that is relatable yet sublime. It is her song that differentiated her from the other soloists. While others simply sang about high-school sweethearts, she added a smooth flow to her lyrics despite the chaos that love brings.

Although Spring Sing came to an end, the Bruin spirit resonated even louder into the weekend! 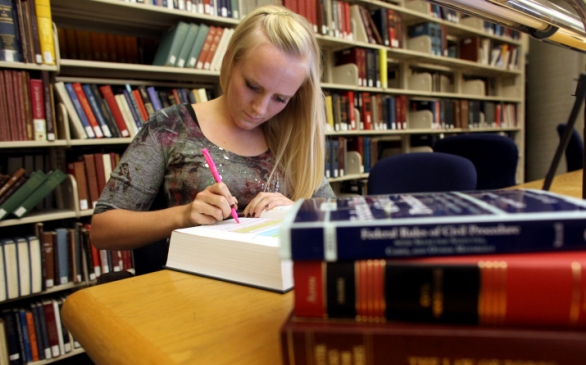 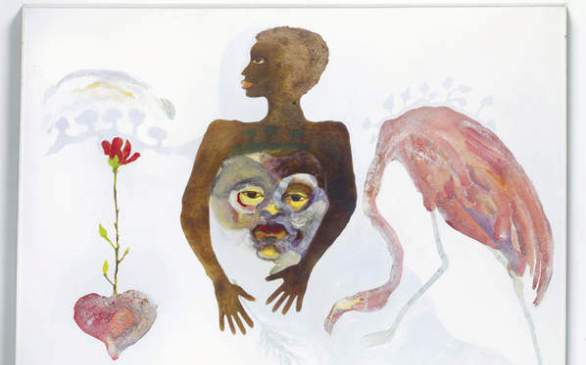 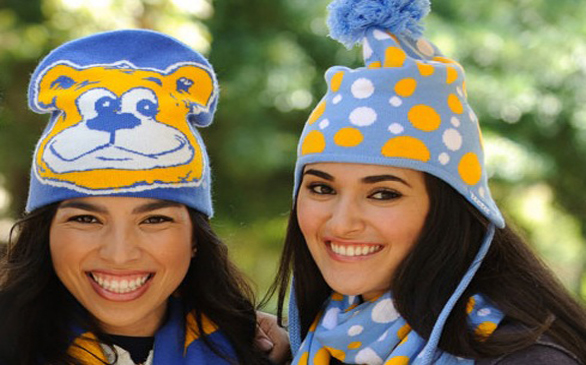 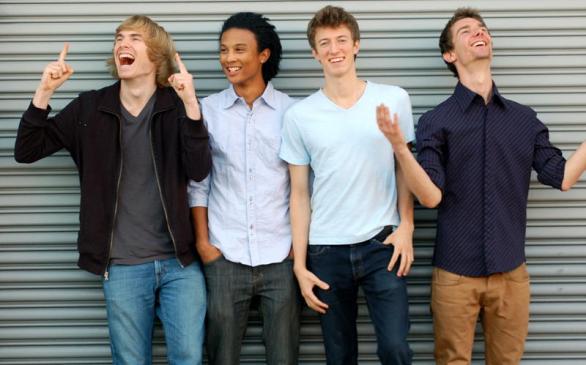 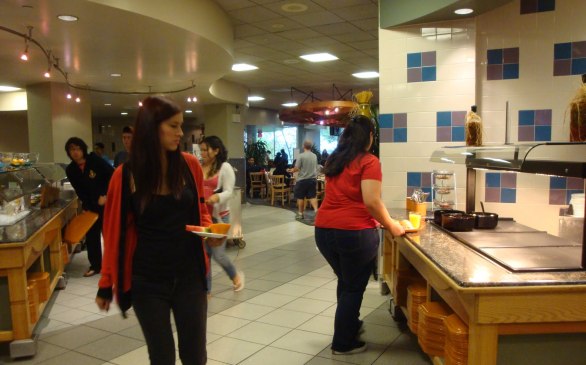 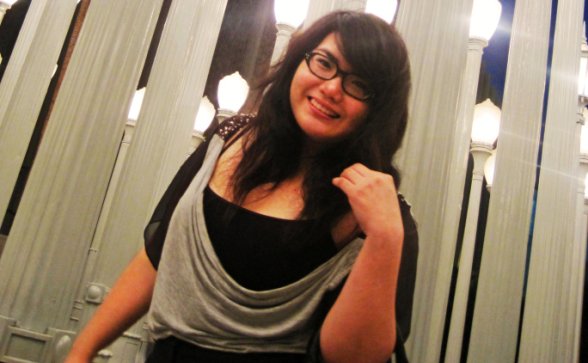 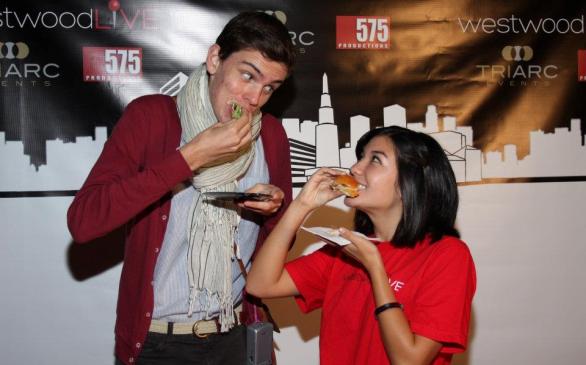 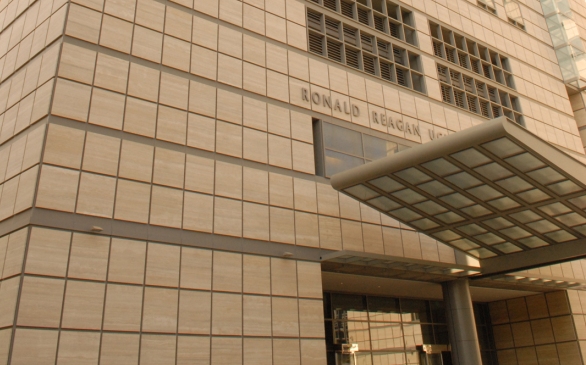 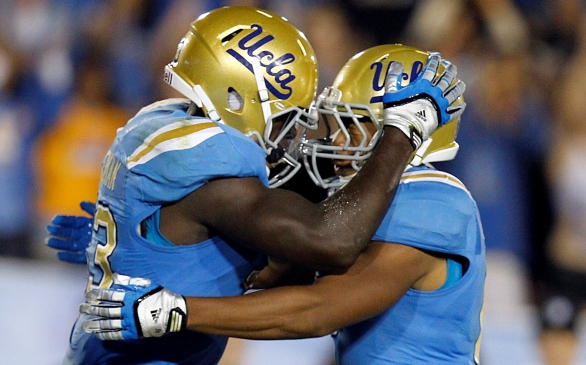 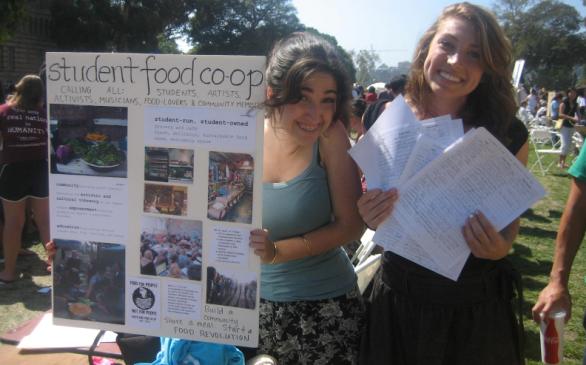