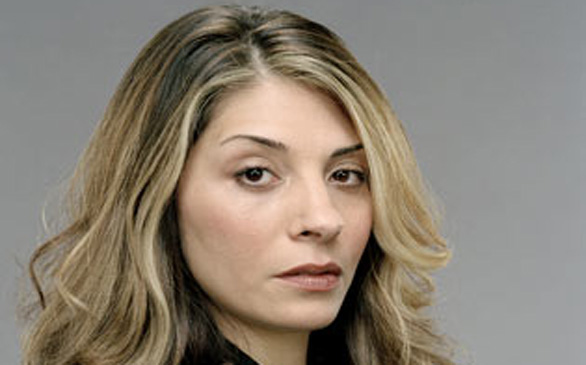 At USA Network, as the slogan insists, characters are welcome. Established stars? Not so much. The most-watched cable channel for five straight years, USA follows a very specific playbook. Standout dramas such as “Burn Notice,” “Covert Affairs” and “In Plain Sight” all possess a quirky, light-hearted vibe, and a so-called “blue-sky” quality. They also are pegged to lead actors who didn’t arrive at the network with big names.

“We allow viewers to discover new faces,” says USA programming chief Bill McGoldrick of a strategy that has produced home-grown stars such as Jeffrey Donovan (“Burn Notice”) and Mary McCormack (“In Plain Sight”). “They don’t bring the baggage that (pre-fab) stars do. There are no formed opinions in the viewers’ minds. We’d rather bring in a familiar face – someone you’ve seen do great episodic work and made you wonder: ‘Why don’t they have their own show?’”

McGoldrick is counting on that approach to pay off again this summer. At a time of the year when the broadcast networks typically scale way back on original programming, USA is touting its “biggest summer ever,” with fresh episodes of nine original series. The lineup includes two new dramas – “Necessary Roughness,” about a female therapist who counsels pro football players, and “Suits,” a buddy legal series that pairs a genius slacker with a high-powered New York attorney.

“It’s all about mass impact ... and it definitely speaks to the health of cable TV,” says McGoldrick, acknowledging that several other cable channels, including TNT, ABC Family and Syfy, are producing more original summer fare than ever this year.

Callie Thorne, the featured performer in “Necessary Roughness,” is a prime example of USA’s create-a-star philosophy. Yes, she’s a familiar face, having turned in standout work as Denis Leary’s unhinged girlfriend on “Rescue Me.” She has also appeared on “Homicide: Life on the Street,” “The Wire,” “ER” and “Prison Break.” But this is her first chance to headline a show – something that wouldn’t have happened had she listened to a dismissive casting director back in 1991.

“This woman, who shall go unnamed, told me that I better shoot for the theater because I’d never make it in TV or the movies,” Thorne recalls. “It wasn’t because I wasn’t talented, she said, but basically because I had an ethnic look. I remember my face turning a thousand shades of red. It made me incredibly angry. I thought: ‘I’m going to prove her wrong. I’m going to bust that lady.’”

In “Necessary Roughness,” which debuts June 29, she plays Dr. Dani Santino, a Long Island psychotherapist and mother whose personal life unravels when she finds her husband cheating. Diving headlong into her work, she takes on the challenge of rehabbing a football star (Mehcad Brooks) with a bad-boy reputation. The series is based on the real-life story of Dr. Donna Dannenfelser, who broke through gender barriers to forge a successful career in pro sports.

“I’m drawn to tough-minded women, and I’ve been lucky enough to have played a lot of them,” says Thorne. “With this character, I was attracted to learning more about this kind of life and intrigued with all the chaos that suddenly hits her.”

“Necessary Roughness” is somewhat of a departure for USA.

“It’s a new genre for us,” says McGoldrick. “It’s not about cops and lawyers. And it’s actually kind of nice to read scripts that don’t have a body on a gurney.”

McGoldrick insists that some change is necessary for a channel recently dubbed as the “happy-time network” by the Wall Street Journal. Though the sunny and upbeat tone of its shows have served USA well – its top shows often beat broadcast fare – the network has to be concerned about a feeling of sameness setting in.

“It’s something we’re very cognizant of,” McGoldrick says. “We’ve talked about it for the past two years, and we think we’ve gotten ahead of it. But we have to be careful to keep the changes from being too dramatic. We don’t want the audience to look at a show and say, ‘Omigod, that’s not my USA.’”