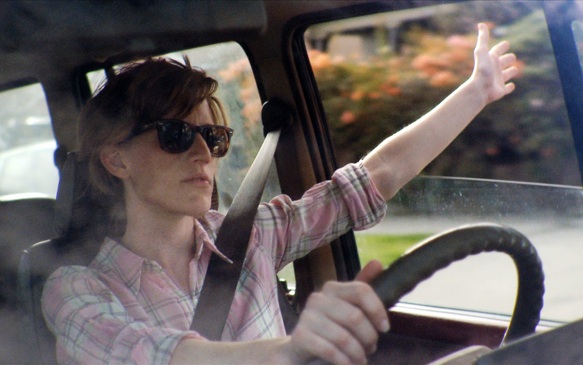 Days Together follows two travelers in need of a destination.

We all know the process of the mid-life crisis. Flashy new cars, new beaus and new wardrobes all signify the mid-life crisis that affects most of our parents. Unfortunately, we have come across a new phenomenon: the mid-20s crisis. Most of us are nearing this time in our life where we do not know what we want; all we know is that we want something new. Days Together, directed by Peter Monro, follows Alex (Erin Anderson), a disenchanted young woman who craves something she cannot name as her friends settle into marriages and the responsibilities that come with it. While in a barely lighted bar receiving a crass friend’s advice, Alex slowly realizes that tutoring and teaching isn’t exactly what she wants to do with her life. But she also doesn’t know what she does want to do.

A chance encounter with a self-described beatnik drummer named Paul (Brian Soika) at a lackluster holiday party leaves Alex with a tinge of intrigue. The dialogue and chemistry between Anderson and Soika is awkward, stilted and has an undercurrent of sexual tension: the exact things found in a real-life conversation between two strangers with something in common, something that they haven’t exactly pinpointed yet. Los Angeles, that once used to be a place where dreams come true, is now so stifling that both characters are headed out: Alex to her sister’s in Seattle, and Paul to a farmer’s world in Montana.

The ensuing road trip in a wonderfully red Isuzu is a visual treat. The camera shots of a fruit-stand visit mixed in with the whimsical yet very structured soundtrack lifts the viewer out of his/her seat and onto the road. Voiceovers – a usually cheesy and overdone effect – feel so organic and fitting within this movie that follows two travelers in need of a destination.

Days Together screensJune 7 (at 2:45 p.m.) at the Dances With Films Festival at the Laemmle Sunset 5.