Dawes: Nothing is Wrong 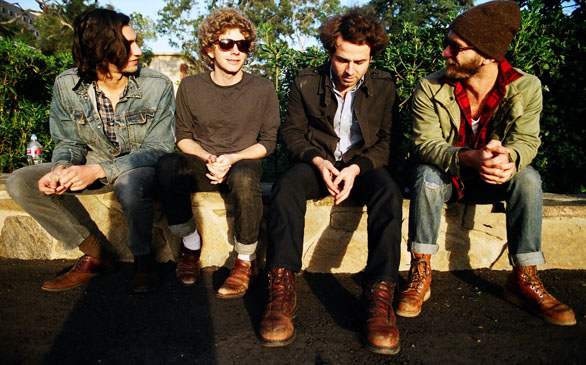 The recent collaboration between Dawes and Robbie Robertson speaks volumes about the Los Angeles-based band. Robertson, the revered singer-songwriter and former member of legendary group the Band could get anyone he wants to work with him yet he chose Dawes as his touring band after having Dawes frontman Taylor Goldsmith sing on his recent How To Become Clairvoyant release.

This is not to say that Dawes and Robertson work in similar veins; Robertson’s music is often dark and mysterious and inspired by the Deep South, particularly New Orleans. Dawes on the other hand prefers a sunnier sound that reflects the attitude of their SoCal home turf.

Nothing is Wrong is not exactly a throwback to the ‘70s, but that era is clearly a Dawes muse; Goldsmith has a voice that sounds like a cross between early Glenn Frey (the Eagles) and Jackson Browne, something especially evident on album opener “Time Spent in Los Angeles.” “So Well” with its soaring harmonies and Old West feel sounds like it was inspired by the Eagles’ “Doolin’ Dalton,” while “If I Wanted Someone” gives a clear nod to Neil Young’s style of electric guitar playing. There’s some overt rocking here, but this album is mostly an excellent example of what was called “country-rock” back in the day.

Nothing is Wrong is currently available.