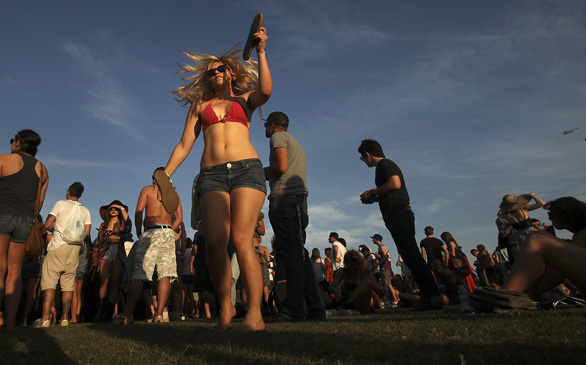 Jackson burst onto the scene with witty wordplay and a new wave beat in 1979 with Look Sharp! and its hit single, “Is She Really Going Out With Him?” Despite putting out consistently good records, Jackson lost favor a few albums later, falling into the shadow of his much more prolific peer Elvis Costello, eventually moving away from pop music in favor of a jazzier sound.

These live cuts recorded in Europe last year find pianist-singer Jackson and band (Graham Maby, bass, Dave Houghton, drums) reprising about half of the tracks from the highly-regarded Night and Day album including “Another World,” “Chinatown,” the disquietingly beautiful “Cancer” and theme song “Steppin’ Out,” while favorites like “It’s Different for Girls,” “Is She Really…” and “I’m the Man” are passed up in favor of more obscure but nevertheless tasty numbers like “Sunday Papers” and “Still Alive.” It’s just Joe and his piano for a dramatic cover of the Beatles’ “Girl,” but the band comes back for a spirited take on the late Ian Dury’s “Inbetweenies” and a version of David Bowie’s “Scary Monsters,” both of which fit the Jackson oeuvre perfectly.

Anthrax and thrash metal fans in general may be surprised to find that Jackson wrote the frenetic Anthrax favorite “Got the Time,” and he performs it here with manic urgency. This set barely scratches the surface of Jackson’s vast body of work and these selections will have Jackson fans looking to revisit his older titles.