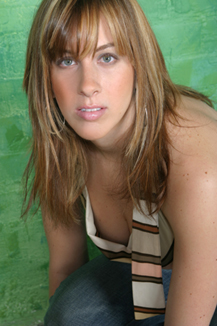 Sitting down for an interview with Charlene Lite may be the easiest gig I’ve had as a reporter. Just turn on the tape machine and let her go. Her personality is infectious and is as big as her voice. Turns out, her voice was never the problem – finding it was.

"I was always shy and quiet; there was always this fear … I never wanted to be the lead," she confesses. But, she continues, "one of the things I learned when I started to sing was that everyone shut up, and that was a powerful thing. But now I have this voice and now I can be heard, so I’m going to take it and I’m going to say everything I’ve wanted to say. I’m going to deal with all those emotions and anger and hurt and get it all out."

Her professional career began quietly enough, at an open-mic night at Highland Grounds. Her voice, however, caught people’s attention, and Lite became a regular performer on the local club scene. She soon taught herself how to play the piano, work the guitar and write her own songs, which speak of love, loss and empowerment with strength yet underlying tenderness.

"I think the biggest thing for me is I always feel like I’m misunderstood," she says. "As in my song ‘You’ll Never Break Me,’ there’s this constant need to express my feeling of strength. That particular song was inspired because I was told by this particular producer who was critiquing the hell out of me, not my music, but me – the way I looked, the way I dressed, all this kind of bullshit – and that’s why I sang the line, ‘What makes a dick give you authority?’ I mean, who do you think you are?"

But don’t lump her into the "Angry Alanis" section of Amoeba just yet. As she says, "I can have one angry song in my set, and everyone thinks that’s my whole set.

"A lot of my new songs are more vulnerable," she reveals. "In ‘Why Don’t You Reach For Me,’ I’m saying, ‘I’m here, I’m holding out my hand, I’m giving you my heart.’ I love the song, but that’s because it took me so fucking long to write! I just think it’s a bit of a turning point for my writing. The stuff I really wanted to write about, I was afraid to say. Then I knew I had to do it."

Honesty in her songs is crucial as well. "I’ve never written a love song because I’ve never been in love where it’s been mutual," says Lite. "I’m waiting for that to happen … and I feel I can’t write about that yet. I’ve tried, but they come out corny or sound like everyone else’s. I have to write my own."

Such honesty also comes through in her stage performance where Lite’s energy and personality really shine. "I love the feeling when I’m on stage and going crazy – I always want to feel that free," she says.

She’s come a long way from being a quiet kid singing by herself in her bedroom while dreaming of performing. As is fitting, I give her the last word as she says with enthusiasm and confidence, "My voice sort of bled into that shy girl that wanted to get out, and now it’s become a part of me … now I’m kicking ass and taking names!"