Commencement Speeches: What They Should Really Be About 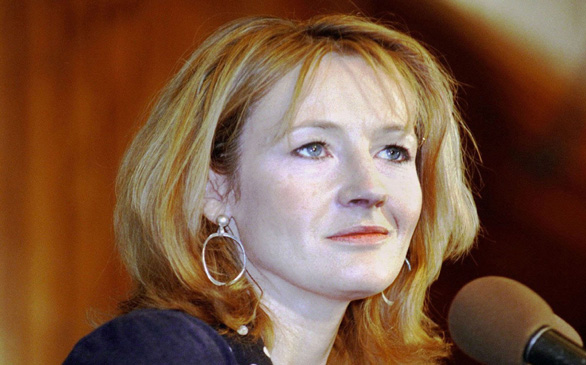 Many of my past columns involved the trials and triumphs I have gone through since leaving UCLA, but let me tell you, I am extremely far from having the life experience necessary to give any type of commencement speech myself.

I remember during my commencement ceremony, there was this big controversy over having actor James Franco as commencement speaker. People were outraged by the idea that someone who had graduated a year before could have the life experience to relate to the graduating class a year later. Plus, he was already wildly successful while the rest of us were and still are finding our way.

Eventually, about a week or two before, Franco dropped out (for reasons unclear) and was replaced by a member of the band Linkin Park. The speaker talked about his Kappa Phi Beta commencement ceremony where each person stands in front of a microphone and tells everyone what he plans to do after graduation. It was a horrible experience for him because he didn’t know what he was going to do, and I only remembered this part of his speech because I felt the same way when I had to do it.

I really do wish I had remembered his speech as a guiding light to my future endeavors, but now all I have are fond fading memories. But really, I don’t think anyone could recall what their commencement speaker said when they were graduating.

Luckily for us, we have many famous speeches saved online, either through YouTube or through Ted Talks. Because I don’t really remember my own commencement speaker, I like to believe my watching J.K. Rowling speak about the importance of failure during Harvard’s 2008 commencement is like her actually speaking at my graduation. Plus it’s accessible anytime. You can never get enough inspiration, especially when you feel that life after graduation is like a stormy raincloud.

For the Harry Potter author, it wasn’t the typical “life was hard at first but then it gets better” shpeel. She addressed the idea of what failing miserable really meant in the grand scheme of things:

“So why do I talk about the benefits of failure? Simply because failure meant a stripping away of the inessential. I stopped pretending to myself that I was anything other than what I was, and began to direct all my energy into finishing the only work that mattered to me. Had I really succeeded at anything else, I might never have found the determination to succeed in the one arena I believed I truly belonged.”

Inevitably failure happens, no one likes it, but some like Ms. Rowling had the determination and luck to get out of it. It brings optimism to the whole idea of “failing.”

However, the words of wisdom I have gravitated towards for being truly real were found in op-ed columnist David Brooks’ New York Times piece “It’s Not about You.” It’s like the anti-commencement speech, no frou frou of “follow your dreams” or “be whoever you want to be.” I agree with him that while nice words to say are completely misleading.

“College grads are often sent out into the world amid rapturous talk of limitless possibilities. But this talk is of no help to the central business of adulthood, finding serious things to tie yourself down to. The successful young adult is beginning to make sacred commitments – to a spouse, a community and calling – yet mostly hears about freedom and autonomy. Today’s graduates are also told to find their passion and then pursue their dreams. The implication is that they should find themselves first and then go off and live their quest. But, of course, very few people at age 22 or 24 can take an inward journey and come out having discovered a developed self.”

When graduating, “follow your dreams” makes sense, but for the rest of us who have already experienced graduating, Brooks’ words ring the most true.