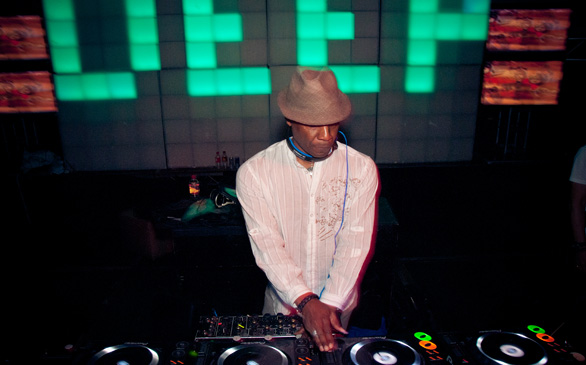 There has been three sizzling nights in Hollywood over the past month thanks to DEEP. Marques Wyatt, the founder and resident DJ of DEEP, has successfully overseen all three of the latest series of summer parties held by DEEP-two at Vanguard and one at King King. And for sure, Wyatt really knows how to throw a crazy party.

The latest, titled “Escape to New York,” featured the New York music scene right here in Los Angeles through Timmy Regisford and Tony Touch. Regisford, a mastermind of seminal house, and Touch, one of hip-hop’s most acclaimed DJs and MCs, came together to create an event truthful to DEEP’s mission of creating culturally rich dance music events.

DEEP has an amazing record of bringing in the finest electronic music experiences from around the world. For over 12 years, DEEP has presented acclaimed DJs and artists who explode with energy – not to mention Wyatt himself, who gets the crowd tipsy with his mixes.

The music is sensational. Yes it is, but the people themselves thrive and bombard each other with energy – I don’t know if it comes more from the music or from each other. Nevertheless, step out from a DEEP hosted event, and your ears are bound to be ringing at the end of the night.

Those who gather for DEEP are sophisticated … incomparable to those at most clubs where drunk high schoolers and creepy old guys (or women) try to grind with you. But enough with that; let’s get back to DEEP. Don’t worry if you missed the first three events, because there still are 11 more events- in LA and beyond- all all the way into September (deep-la.com).