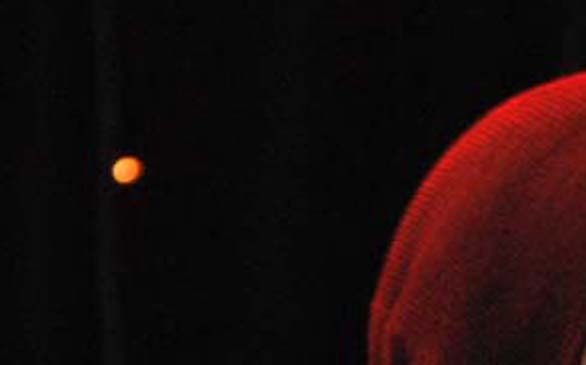 Upon entering the famous Roxy Theatre on the Sunset Strip, I headed to the main stage area and was greeted by a massive crowd of dedicated fans. There was a pleasant ambiance created by lights shining against a black backdrop that appeared to be a night sky looming with golden stars.

She Wants Revenge opened the show with “Take the World,” a single off their highly anticipated third album, Valleyheart, released that same day. Singer Justin Warfield captivated the audience with his seductive, unmistakable voice as each song led into the next. By the time “Little Stars” was played, the crowd was deeply engaged. The music had a magnetic pull as bassist/keyboardist Adam Bravin and drummer Scott Ellis composed the electro-dance beats and guitarist Thomas Froggatt harmonized with Warfield.

She Wants Revenge ended with “Out of Control,” off the group’s self-titled debut album as the show reached a climax with the cheerful audience enthusiastically dancing and singing along. Their setlist included eight songs off the new album: “Take the World,” “Kiss Me,” “Up in Flames,” “Reasons,” “Little Stars,” “Suck It Up,” “Maybe She’s Right” and “Must Be the One.”

I was eager to pick up a copy of Valleyheart, it is truly a delightful release. I highly recommend it to fans of new wave, 80s and alternative rock.