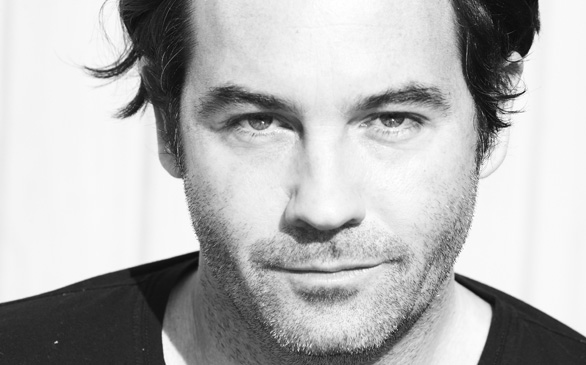 The talent who brought us “Spring Awakening” is now giving us Covers 80’s. And Duncan Sheik also has a few other stage productions in the works.

His cover album releases this week and provides a taste of the ’80s, without overplaying the obvious ’80s hits.

“It was an idea that I had been toying with for a long time,” Sheik says. “I'm not one of those people who wants to cover others’ songs. I spent a lot of time writing my own material. In certain situations, though, it’s nice to play a song [from another artist].”

Sheik says there was more to it than just selecting obscure ’80s songs.

“The other criteria was I was able to kind of pull them off and sing them in my own voice, and I wasn’t having to have to jump through hoops to sing or copy a style that wasn’t natural for me,” he says.

In addition to his mainstream music, Sheik continues to work for the stage. He is currently working on the musical “American Psycho” in the states and “Alice in Wonderland” in London.

He says he is currently finishing a first draft of the musical. Over the next 12 months, he expects to continue development and to begin workshopping the piece. By 2013, Sheik plans to share “American Psycho” with either Broadway or the West End (or both).

Although Sheik says he isn’t quite sure about casting, he does assure that the creative team will be thorough in their decision.

“When the time comes to cast it, we’re gong to see as many great actors or singers as we can,” he says.

As for recreating such a well-known story with “American Psycho,” Sheik is not intimidated.

“It’s a different animal. The book has become a really well-regarded piece of literature. The film has a cult classic status, which helps people be aware of it,” Sheik says. “I don’t think this piece would be possible without the existence of those two things. It’s a fascinating story about a time in American culture that is outrageous and insane but also very real.”

“American Psycho” isn’t the only recreation Sheik is diligently working on. He also has a retelling of “Alice in Wonderland” in the works in the UK.

“It’s in development and will be presented in the UK early next year,” Sheik shares. “Depending on how that goes, we can do the version at some theaters in the states. You kind of have to go through the process of development and hope it’s something that audiences appreciate.”

“It’s going to be a very unique take on that story. It’s a lot of fun. Hopefully it’s something that can make its way to the states,” he continues.

All of his projects require some collaboration of some kind, and Sheik recognizes what a privilege it is.

“In these mediums, it’s collaborative and it’s great to work with these smart, talented people.” Sheik says. “It is also nice to work with a set of people that are visual and narrative. It’s a much fuller kind of experience. Two heads are better than one.”

Working in multiple mediums, Sheik has had collaborative opportunities with multiple types of creators in different fields. With those opportunities, though, come difficult decisions in whom to work with and on which projects.

“I work on things that I find interesting, that I’m inspired by.”