Motley Crue: Hang on for a Roller Coaster Tour 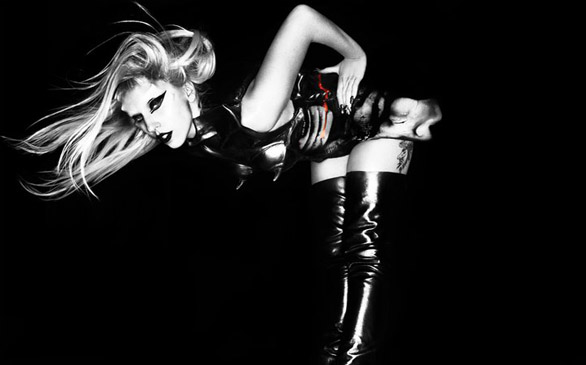 When I spoke with bassist Nikki Sixx of Mötley Crüe last week, he was prepping for getting back on the road. The Crüe was in the middle of loading the band’s gear into trucks. The self-proclaimed “overpacker” and the rest of the band – including frontman Vince Neil, drummer Tommy Lee and Mick Mars on lead guitar – are gearing up for a U.S. tour.

I ask what they have been working on in the last days before the start of the tour, and clearly a lot of hard work was behind them; now it’s time for the shows.

“We’ve been working with the dancers, all the intros and segues between songs,” Sixx answers.

After hearing about the tour, I know the shows will be epic.

“Lighting, video, pyrotechnics – it’s really quite a production,” says Sixx. “Tommy does a drum solo that will just be insane, it’s basically a roller coaster.”

The band wants everyone to have an experience going into the shows. From the sound of it, there are not many other shows to compare it to.

“There’s a lot of mediocrity out there, you now, so it’s always been our goal to cut through that. Even if you hate us, you hate us on our terms. We have a really good time with all of it,” says Sixx.

With such iconic songs and hits for them to choose from for their touring setlist, the guys decided to enslist the help of their fans from around the world. It started when they reached out for feedback, and fans asked for the Dr. Feelgood album. The band listened and went out and played the album from beginning to end for a show. They decided to take it a step further with the set list.

“We have hundreds of songs and hearing from the fans made us want to look into our catalog of songs and bring out the songs that the fans want to hear but also what we want to play.”

“What I do personally with that is – something I was opposed to until a few years ago, but have warmed up to – that I now make my life very public in that way.” It opens up a new way to communicate, Sixx continues, “You start having an interesting relationship. I’m not selling something [through social networking], what I’m doing is inviting you into my musical and personal experience. We’re all doing this life together, I’m really interested in what people think and feel, that’s why we did the questions for the setlist.”

Later in the year, the band will be heading back to the Sunset Strip for the yearly Sunset Strip Music Festival.

“We are from Los Angeles and very proud of it, but as far as the Sunset Strip, when we came up, it was still punk rock and a little invasion of British metal, and for us it was all about mixing our favorite punk, glam and rock bands together,” says Sixx. “It was just a perfect time in history, there was just nothing else like that out there. [The venues on the strip] are our stomping grounds personally, even more than musically. I think [the festival] will be fun. I hope it’s just a couple amps and drums on the floor – raw, like we are in rehearsal.”

Outside of Mötley Crüe, Sixx keeps busy with his radio show and his band Sixx:A.M. and the recent release of his book, This is Gonna Hurt: Music, Photography and Life Through the Distorted Lens of Nikki Sixx. Sixx says he began taking photos of himself and the band on tour, which resulted in some iconic photos.

He says, “As a photographer I wanted to expand to more things and found my interest in art and music, photography, social commentary all merging. I started capturing writing about the photos to explain it to the person looking at the book. As someone that is able to say whatever I want to say on the radio, or TV and in books or songs, I feel a bit of a responsibility to say, ‘Shout at the Devil,’ stand up for what you believe in.”

So for the epic pyrotechnics and roller coasters the tour provides, the Hollywood Bowl show will be unbeatable. If you want a more raw feel, then do not miss the Sunset Strip Music Festival in August.

Mötley Crüe perform June 14 at Hollywood Bowl and will be honored Aug. 18 at the Sunset Strip Music Festival. For more information, visit motley.com.