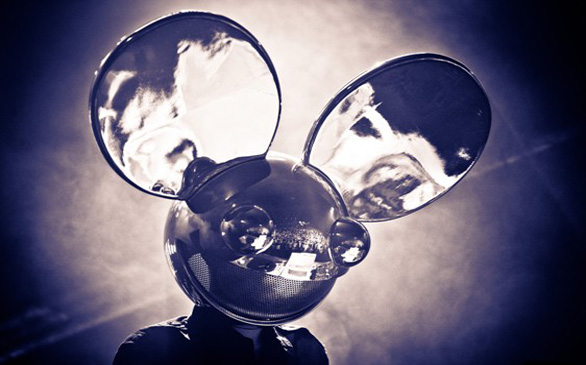 Electronic producer/performer deadmau5 has teamed with creative platform Talenthouse to hold a contest to design his next official “mau5head,” the electronic headpiece he wears at live appearances. The winning design will be produced into the next deadmau5 head for his “Unhooked” shows and promotional events. The winner will receive two VIP passes to a deadmau5 performance at the Hollywood Palladium on Aug. 25 and will also meet deadmau5 at an in-store event the same day. Travel and two night’s accommodation for the winner will be provided. Nine runners-up will also receive prizes varying from VIP passes to a show nearest their location to signed deadmau5 merch. Details at talenthouse.com; entries need to be in by July 12.

Poet and musician Gil Scott-Heron has died at the age of 62. Scott-Heron was a socially-conscious artist who gave voice to black America through spoken word pieces like “The Revolution Will Not Be Televised,” his most famous and some say most potent early-’70s work. Because he sometimes set his often angry rants to jazzy piano and stripped-down beats, many hip-hop stars point to Scott-Heron as one of the forefathers of rap, a notion that he rejected. Scott-Heron’s cause of death had not been determined as of press time but he was a notorious drug abuser who routinely smoked crack ostensibly to kill severe back pain. Scott-Heron’s latest album I’m New Here was released earlier this year.

Retox, a blistering, L.A.-based punk four-piece, have put their career on the fast track. The band is made up of former members of the Locust, Cattle Decapitation and Festival of Dead Deer, and they only recently released a debut EP and played their first live outing. Now, debut full-length Ugly Animals is set for an August release on the Ipecac label.

Ipecac co-owner Greg Werckman raves about the band, “These are world-class musicians that push the envelope with everything they do. We think they are a perfect fit with our eclectic roster, fitting comfortably with other hardworking original artists like the Melvins and ISIS. We’re over the moon about working with Retox.”

Ugly Animals is an all-analog recording and will also be available on etched vinyl. Nationwide tour dates will be announced soon, but in the meantime a June 25 gig at Boulevard Café has been confirmed. retoxrules.com.

Are you a Coachella fan with thoughts of attending the festival next year? Are you sitting down? Coachella 2012 will be two separate events held over two consecutive weekends (April 13-15 and April 20-22) at the Empire Polo Club in Indio. Festival organizers will attempt to produce two identical festival weekends – same lineup, same art and same place – different people. If you want to buy a three-day pass for either date and get it on the payment plan you have until 10 p.m. June 10 to place your advance order at coachella.com. Otherwise you can kick back and get some rest for a while; apparently you’ll need it.

Transformers: Dark of the Moon

Linkin Park’s “Iridescent” is the first single from the soundtrack album for the Shia LeBeouf film Transformers: Dark of the Moon. The CD version of the release also includes cuts from My Chemical Romance, Staind, Art of Dying, Black Veil Brides, Mastodon, Taking Back Sunday, Skillet, Theory of a Deadman and brand new songs from the Goo Goo Dolls and Paramore. Purchase the iTunes version and you’ll get three bonus cuts from Biffy Clyro, Stone Sour and Serj Tankian; the Game Stop version comes with Middle Class Rut’s “Lifelong Dayshift” and D.R.U.G.S.’ “Graveyard Dancing” as bonus cuts. The movie opens June 29, but you can score the soundtrack on June 14.

Indianapolis prog-metal prodigies the Contortionist, who have a new release called Exoplanet coming on Aug. 31, will be one of the headliners on the Slaughter Survivors Tour. Co-headlining the tour will be Conducting From the Grave, Scale the Summit, Rings of Saturn and Volumes & Structures. The tour begins with a special “Summer Slaughter Tour Kickoff Party” at the Key Club July 21; Dawn of Ashes will also be on hand for that show.