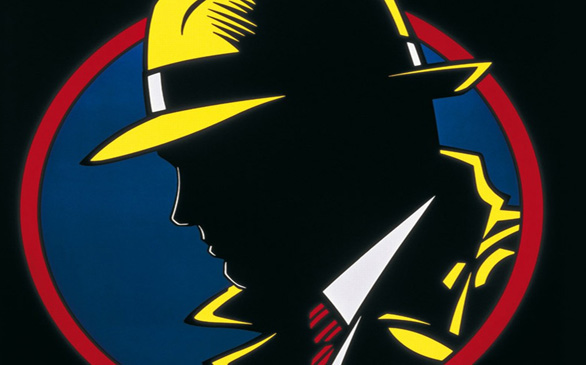 I have a confession. My relationship with superheroes and science fiction is not a deep and meaningful one. In fact, it’s pretty casual. I skim through old comic books when browsing the shelves of used book stores (OK, maybe I do more glancing at the spines than skimming), I never fail to ride Star Tours when I pay Disneyland a visit and every now and then I dress up in a superhero costume for Halloween. Sad to say, it doesn’t really go much further than that. It still confuses me that a pair of glasses can hide Clark Kent’s secret identity to an office full of journalists. Before doing a quick Google search, I was sure that Dick Tracy was the legend that counted down the ball drop every “New Year’s Rockin’ Eve.” Even sometimes, just sometimes, I confuse Star Wars characters for Star Trek ones.

In my defense, I have great respect for the cultural significance of the genre. I know that fanboys and girls are some of the most passionate and loyal people out there, and I’m sure that those who hear statements similar to my admissions sigh, gasp and shake their heads, face to palm in disbelief. This is a safe assumption considering that interest in superheroes is currently in an all-time high.

The term “superhero” has definitely come a long way from Superman’s first appearance in 1938. Back then, you could open a respectable magazine and read an article by a writer who agrees with a Nazi newspaper that finds the new comic book character Superman as “offensively pacifistic.”

Today, criticizing the quintessential American superhero in The New Yorker would no doubt invite a large amount of unfriendly letters to the editor. Some are even still disappointed in the casting of a British actor, not an American one, to play the Kryptonian immigrant in a movie. This summer alone, the most anticipated flicks are based on comic books and drawn from the science-fiction genre, such as X-Men: First Class, Super 8, Green Lantern and Captain America: The First Avenger. It is needless to say that through films and television shows, the spirit of heroes is alive and well.

In celebration of the cultural phenomenon of superheroes and science fiction, the Los Angeles Times is hosting the second annual Hero Complex Film Festival at the Chinese 6 theaters in Hollywood from June 9 to 12. Last year’s successful event featured speakers Leonard Nimoy, Christopher Nolan and Ridley Scott. This year, the festival offers fans a chance to see and speak with more major players and big names in the industry.

The comic book-based film Dick Tracy (not Dick Clarke) opens the Hero Complex Film Festival with its director, producer and star Warren Beatty. The 14-time Oscar nominee will be speaking about his plans to bring back the character in a new movie that will feature a young actor to reprise his role.

On June 10, there will be a screening of Star Trek II: The Wrath of Khan and the 2009 reboot Star Trek. Convene with other “trekkies” who speak your language, literally, to hear director Nicholas Myer, writers and producers Alex Kurtzman, Roberto Orci and Damon Lindelof talk about the science fiction sensation.

The next day, there will be a showing of the first two Superman movies and a question and answer with director Richard Donner. Geoff Johns and Jim Lee will also make a special appearance to reveal “huge new plans” for the DC Universe comics. There will be surprises about the DC enterprise in films as well.

To close the festival, Marvel comic book-based Iron Man and Iron Man 2 will be shown along with a question and answer session with Jon Favreau, who is back with the summer hit contender Cowboys & Aliens. The festival promises a big surprise from Marvel Studios and Iron Man and Captain America trivia and prizes as well. There will also be a free screening of The Incredibles followed by sneak footages from the much anticipated, upcoming movie Cars 2.