Neil Young and the International Harvesters: A Treasure 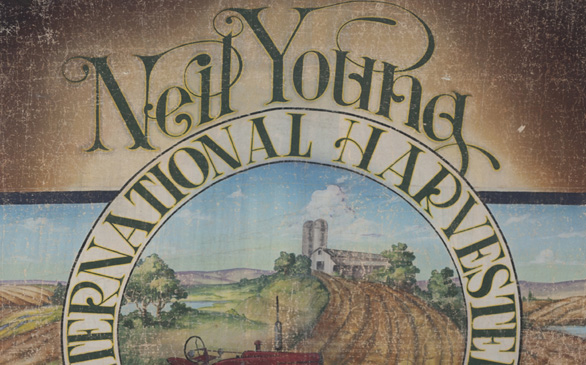 This collection of live cuts was culled from shows in 1984-85 during Neil Young’s ill-fated Geffen era. After a long relationship with Reprise where he sold millions of records, Young signed with Geffen only to deliver several bombs: the horrible electro album Trans, the rockabilly effort Everybody’s Rockin’ and the uneven Old Ways.

Despite sales woes and legal troubles (Geffen sued him over the “unsalable material.”), Young was in a country mood for A Treasure and clearly having a great time on the road with the International Harvesters, an aggregation of crack session men like Spooner Oldham, Hargus “Pig” Robbins and the late Ben Keith. Much of what’s here is pure old-style country, like “Bound for Glory,” driven to the height of hillbilly by Keith’s pedal steel guitar and honey-dripping fiddle from Rufus Thibodeaux. Outlaw country anthem “Are You Ready For the Country?,” originally from Young’s Harvest album and later covered by Waylon Jennings, is performed here with more energy than the original; this souped-up version is at once more country and a little bit rockier too.

Super-countrified versions of “Motor City” and “Southern Pacific,” both originally cut with rock band Crazy Horse for Re-ac-tor, Young’s last album of the era for Reprise before leaving for Geffen, sound good here as does the swinging “Soul of a Woman.”

Young’s rock music often finds him in an angry mood, but he’s absolutely carefree here with hayseed in his hair, and the fun easily translates for the listener.

A Treasure is currently available.