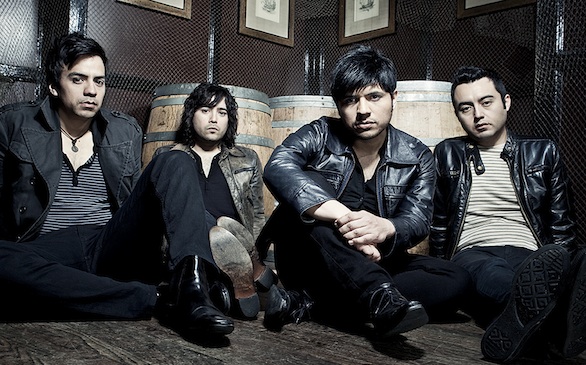 Nowadays, indie rock is a very competitive genre within the music industry. And good records are hard to come by.

The Tender Box’s latest album Reverence includes nothing but true indie and alternative rock, all 11 songs included; it is solid.

A Los Angeles-based group, The Tender Box consists of Joey Medina as the lead vocalist and also on the guitar, while Chuck Gil plays drums, Raul Martinez does guitar and Steve Mungarro charges with the bass, additional vocals and samples. These guys are legitimate rockers.

“Signs of Fire” and “Rise Up” are classic examples, where British rock influences are enormously heard. In both tracks, Medina’s resonating deep-low voice is quickly noticed. Another intriguing track comes via “Beautiful Sin,” an upbeat song mixed by Jay Ruston. From a rock perspective, it really is a wonderful song.

All the members are of Mexican-American descent and grew up in or near South Gate; they became a group in high school. In 2008, they performed the theme to “The Spectacular Spider-Man” animated television series.

Many songs from the Tender Box’s Reverence album remind me of the Red Hot Chili Peppers and the Smashing Pumpkins, to some degree.