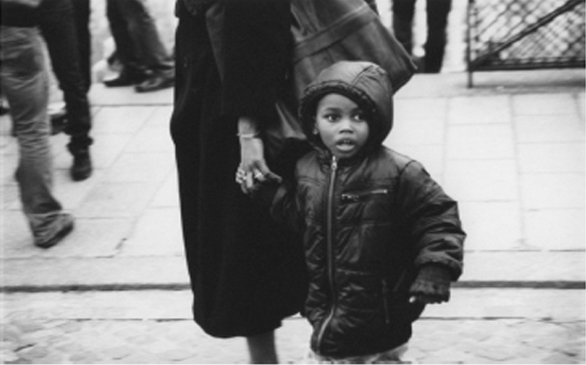 It isn’t unusual to see artistic work done by activists. But when that activist is an actress, director, writer, musician, artistic photographer AND activist … things are more than just interesting. On June 8, Rachel Fleischer made her grand entrance into the new sector of her career as a photographer through her first solo exhibition.

Having graduated from the USC School of Cinematic Arts, Fleischer is an L.A.-based art guru who pays significant attention to homeless activism. She is known for her award-winning documentary, Without a Home, a film that chronicles her personal experiences and documents the lives of the homeless in her native city. The premier for the East Coast was made at the Woodstock Film Festival, gaining her the praise and support of filmmaker David Lynch.

Although Fleischer has always been in love with the magic of photography, she found herself truly pulled to it when she studied abroad in Prague and travelled around Eastern Europe. From then on, she officially began taking pictures concerning subjects she cared about, such as homelessness. Her images are being included in a Human Rights Watch show this summer, benefiting children’s human rights around the world. Her short but prolific career does not end here, as she is currently writing and developing an array of film and TV projects for herself to act in and direct.

For Fleischer, the statement “There is only so much one person can do” is not something she stumbles upon. She has the strength and agility to complete numerous tasks and carry them out in ways that are so distinctive from each other. Recently she launched a campaign called “What Can I Do?” to raise awareness and compassion about homelessness through art. And the photo exhibition that was held this time was also a benefit for those in need.

Held at the gallery in Melrose called Portfolio 360, Fleischer presented to her audience a series of photographs that were weirdly unnerving. Yes, unnerving. The reactions perhaps may differ from person to person, but there was something so empty about them. I do not mean it in the sense that the photographs were lacking an element or two of artistic vision. Empty in the sense that they were so filled with nostalgic sensationalism that it could make a person feel empty and sore inside. The photographs are ordinary and unsurprising, but their effects on the viewer are a bit scary. A mixture of sadness, loneliness, a desire to understand are all emotions from photographs that depict the nonchalant daily lives of people.

Perhaps this is why Fleischer is such a prolific and versatile artist. She knows how to use her art and stir the exact emotion she wants her audience to feel. She is an educator of such feelings and a perpetuator of art who succeeds with the agility of an activist. Her work is multifaceted just like herself and is open to so much interpretation. Do not be fooled by the way I described her work, because the things I say make up only one way of looking at an artist’s work … as always.