The Vaccines: June 3 @ The Palladium 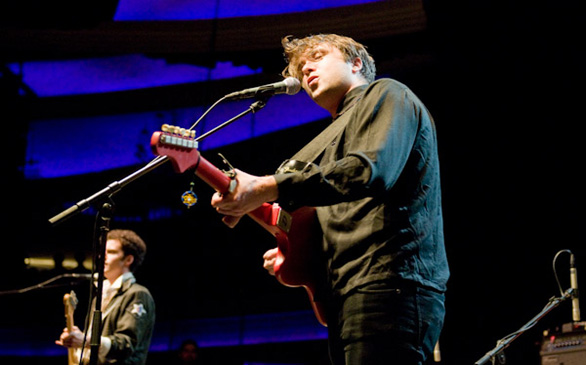 I am constantly asking friends for new music and favorite bands that I just have to see. The Vaccines were brought to my attention in just such a case. I asked for a band to listen to, and like you would expect from the good friends I have, I was introduced to the band's “Post Break-Up Sex.” After hearing that, I had to see them live.

Taking some technical issues in stride without missing a beat, the band was completely entertaining and a perfect opener for the Arctic Monkeys. The energy was contagious, and the audience was singing and screaming for the band early on. Their debut album, What Did You Expect From the Vaccines, was released earlier this year with quick praise from critics and audiences in their native U.K. The Vaccines formed in 2010 and have quickly been gaining recognition for themselves in the states as well.