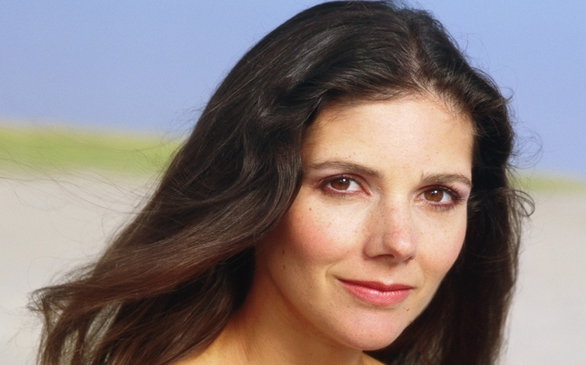 These days you can’t mention the word hip-hop without Lil Wayne’s name popping up. Whether you like it or not, Weezy and Southern hip-hop dominated the aughts, and in Dirty South, journalist Ben Westhoff interviews the artists and visits the places that reinvented hip-hop.

Tricia Rose (Black Noise) truly loves hip-hop. So even when she points out its criticism in The Hip Hop Wars: What We Talk About When We Talk About Hip Hop – And Why It Matters, she also highlights the defenders and follows it all up with six guiding principles for progressive creativity, consumption and community in hip hop and beyond.

Riveting throughout, In the Garden of the Beasts puts a new twist on the World War II genre. In this true tale, Erik Larson recounts the story of America’s first Ambassador to Hitler’s Germany and the creepy, astonishing events that unfold.

Amusing and entertaining with a dash of introspection, Kyran Pittman’s Planting Dandelions will read a bit like looking in a mirror. In the vein of Elizabeth Gilbert, Pittman knows just how much to reveal before entering TMI territory.

Cheeky in the best possible way, Jon Ronson’s writing, like The Men Who Stare at Goats, explores the weird subcultures of power and control. His latest work, The Psychopath Test continues his amusing/creepy quest by exploring the world of madness and the industry that surrounds.

There is Power in a Union takes on this increasingly and surprisingly controversial topic. Philip Dray’s history of labor – both informative and entertainingly written – couldn’t have arrived at a more propitious moment.

If you’ve even wondered about Hawaii’s place in the union but not enough to actually read a history book, Sarah Vowell’s unique blend of fact and cheek will keep you laughing while you unwittingly learn something new. Unfamiliar Fishes traces the Aloha State’s American timeline in a way that goes down easy.

Modern Vintage Style, by Emily Chalmers, combines the best of today’s preference for clean interiors with the eclectic charms of the 20th century. The beautiful photos by Debi Treloar capture the philosophy of the author’s design aesthetic with aplomb.

Comedian Demetri Martin promises to find your funny bone with This is a Book. This mix of essays, short stories and even a few diagrams, will make you laugh, even in the doggiest days of summer.

Creepy in that way that gets under your skin and makes the hair on your neck stand on end, Melissa Marr’s Graveminder delivers a haunting tale. A ghost story of returning home and growing up that will keep you up at night.

Like Barbara Vine and Kate Atkinson, Rosamund Lupton locates that sweet spot where crime and character intertwine. Sister tells a story of sibling loyalty fueled by a potential murder, laying a path toward either madness or enlightenment.

Blind Sight, a first novel from Meg Howrey, delves into the life of a boy on the cusp of manhood. With humor and authenticity, the fractured world of Luke Prescott’s divorced – and wildly different – parents gets put under a microscope revealing secrets, lies and, sometimes, the truth.

For those with a more exotic bent, Esmeralda Santiago’s Conquistadora (available July 12) offers romance, adventure and a Spanish Scarlett O’Hara. Our heroine, Ana Cubillas, yearning to break away from her life, journeys to 1844 Puerto Rico, in the midst of turbulent times, to run a sugar plantation.

The perfect length for a cross-country plane ride or a long day at the beach, The First Husband, by Laura Dave, captivates from beginning to end. The story of a woman scorned by her true love, only to find another and then forced to choose between the two, fulfills many a revenge fantasy with aplomb.

I’m Not Her Janet Gurtler’s poignant and utterly readable tale of sisters, family, boys and an unlikely battle with cancer walks this harrowing line with ease. Tess, often hidden by Kristina’s shadow, finds herself navigating a new identity in the wake of her sibling’s diagnosis.

Hopeless romantics take heart: Vaclav & Lena may turn out to be your favorite book of the summer. Haley Tanner’s un-ironic, yet not in the least bit cheesy, debut follow love to the metaphorical moon and back.

With 2010 offering up Winter’s Bone and True Grit, and The Hunger Games coming up this year, the forecast for strong, young, female characters is bright. Jo Ann Beard’s In Zanesville, adds to the canon with the unforgettable tale of a not-so-average girl.

Not everyone grows up in Beverly Hills with a pop star for a father. Nicole Richie gives you a front-row seat to the all the glamour and insanity with her new novel, Priceless. Mixing things up, this story traffics in fraud, stalkers and a trip to the Big Easy expanding on the author’s range literally and figuratively.

Just because you age doesn’t mean you can’t return to your roots with Ann Brashares’ Sisterhood Everlasting. The Sisterhood of the Traveling Pants girls are 10 years older, and their life choices hang in the balance. Isn’t that what friends are for?

A best seller that renews your faith in American reading habit, Abraham Verghese’s Cutting for Stone starts out strong and ends even stronger. Like The Kite Runner or Zeitoun, this novel plants you firmly in another world and leaves you breathless.

A good relationship drama can be just as much of an escape from your life as a foreign getaway. Sara Gardner Borden’s Games to Play After Dark will make you completely forget your own troubles and get captivated by those of the indelible Kate and Colin.

Everyone wonders “what if?” at some point in their lives, and Tom McNeal follows this train of thought to its resting place in his novel, To Be Sung Underwater. A love story that makes you rethink the concept of romance, truth and destiny.

The Watery Part of the World haunts as it bewitches with the story of a tiny island off the coast of North Carolina and the last three people who end up inhabiting it. Both romantic in its way and tragic, Michael Parker weaves a tale that ends up filtering through your dreams.

A grown-up book about family, death and moving on, Stewart O’Nan’s Wish You Were Here pulls you deep into the lives of the Maxwell clan – a pleasure from start to finish.

Family + time = drama, at least in literature. The Year We Left Home, by the remarkable Jean Thompson, thrusts us into the lives of the Ericksons for nearly 40 years as the family triumphs and flounders, mirroring the changing country around them.