USC vs. NCAA: Life After Sanctions 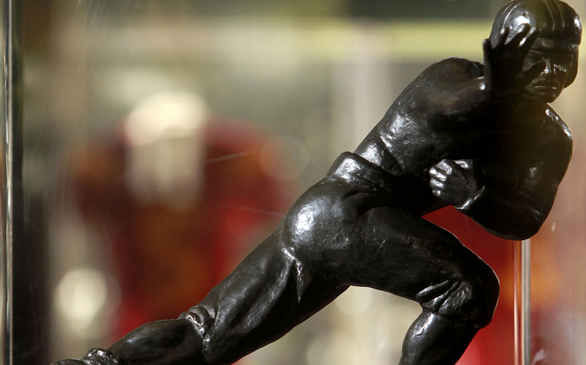 After a tedious waiting period and months after USC football season was over, the NCAA finally gave its ruling over USC’s appeal to their harsh sanctions. A punishment that some sports analysts say is “the harshest sanctions in college sports history.”

USC athletics have been under the NCAA microscope as it investigated allegations made about ex-2005 Heisman trophy winner and former Trojan Reggie Bush and basketball star O.J. Mayo. USC’s basketball program self-sanctioned themselves during the 2009-2010 season to avoid further NCAA punishment. As for the football program, they chose to wait it out, and see what fate would have in store.

The NCAA found that USC lacked “institutional control” and “turned a blind eye” to the obvious perks Bush was receiving, in the form of clothes, money, housing and transportation. They also found out that Mayo had received improper benefits while playing for the Trojans. As for Bush, the NCAA concluded that he had become an ineligible player as of December 2004.

They then sanctioned USC with a four-year probation, a two-year bowl ban, vacating any wins they had with Bush and a loss of 30 scholarships over a three-year span. USC also had to eliminate Bush’s and Mayo’s images from campus and school-related publications.

In July, USC removed the copy of Bush’s Heisman Trophy from Heritage Hall and sent it back to Heisman Trophy Trust. Bush later announced that he would forfeit his copy as well, being the first player to ever do so.

Because of USC’s strong mindset, the athletic department was quick to begin the appeal process, unwilling to simply take the punishment as is. In NCAA history, out of 11 appeals made only one ruling had been overturned; so the Trojans’ chances were already scarce. The school wanted to have the bowl ban reduced to one year, having served that sentence in 2010. As for scholarships, they wanted the reduction limited to five a year over three years, only losing 15 in total.

Unfortunately, regardless of the prayers from hopeful fans, the NCAA announced May 26 that it has denied the appeal. Therefore, the Trojans will be ineligible to compete for the first Pac-12 Conference title.

To add insult to injury, on June 6, USC was stripped from its National BCS title, the 55-19 win over Oklahoma in the 2004 Orange Bowl. Since Bush was ineligible during that time period, that win is now vacated and USC is in the process of returning the trophy.

It seems the NCAA has used USC to make an example of how they will begin to discipline schools that are violating rules. The newest buzz aside from USC is focused on Ohio State and Auburn. Quarterback Cam Newton was at the center of Auburn’s scandal and Head Coach Jim Tressel is at the center of Ohio State’s.

There were rumors that Newton was receiving money for playing time, but as suspicious as it looked there was no direct evidence that Auburn had paid or ever offered to pay Newton. The NCAA is still investigating the allegations made against him and the school. If Auburn is found guilty they will lose their BCS title that they won versus Oregon, and Newton would have to forfeit his Heisman Trophy.

As for Ohio State, the NCAA is continuing to look into the fact that Tressel didn’t disclose the allegations made against his players receiving benefits or report it to them. Ohio State is in a different situation than Auburn, the NCAA is likely to give Ohio State worse sanctions than given to USC, if found guilty of committing violations.

The NCAA is doing what it can to crack down on corrupt athletics in college sports, and restore the good nature of simple competition. One thing that USC can take away from the sanctions is the fact that they weeded out corrupt officials and hired honorable candidates such as Pat Haden. They also went on to sign one of the nation’s top classes.

Since they’re no bowl games in the near future for USC, the program can develop its young players, such as Robert Woods, Markeith Ambles and Nickell Robey. With extra off time and more practice, the Trojans can make a run once they’re able to compete for their first Pac-12 title; thus starting a new era of USC football.