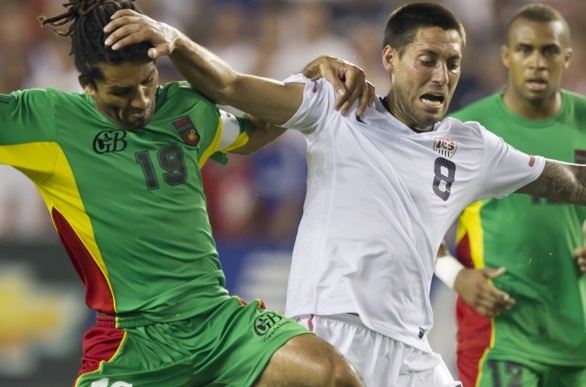 Mexico advanced after beating Guatemala in a tight match, 2-1. Mexico struggled and suffered, however, due to the early Guatemalan goal and their stingy defense. Although it appeared that Mexico commanded possession of the ball for most of the game, they could not outscore.

Guatemala took a 1-0 edge into halftime with hopes of maintaining the lead for the other half as well. Nevertheless, Mexico prevailed with two goals in the second half, with the first looking to be controversial since an obvious foul was committed inside the box by a Mexican forward over a Guatemalan defender.

Honduras advanced by way of topping Costa Rica in penalty kicks, but the Catrachos really do not care how the victory came. The fact of the matter is that they are one of four countries to make the semifinals.

Just like Honduras, Panama made the next round after outlasting El Salvador in PKs. El Salvador had a 1-0 lead in the second half, but Panama managed a late score (in the 89th) to knot the affair and send it to overtime. A scoreless overtime led to PKs, where Panama made all five and El Salvador missed one.

Jamaica, who went an impressive 3-0 in the group stage, could not surpass the strength and overall desire to win of the Americans. Midfielders Jermaine Jones and Clint Dempsey each netted scores for the United States in their 2-0 triumph.

“Jermaine has a good engine and has the ability in certain moments to get forward and be a threat,” U.S. head coach Bob Bradley says. “That was nice to see.”

The U.S. will play Panama on Wednesday, June 22, at 4 p.m. in the first of two semifinals in Houston, while Mexico and Honduras are scheduled to square off at 7 p.m. Both winning squads will face each other in the final at the Rose Bowl in Pasadena on Saturday, June 25.