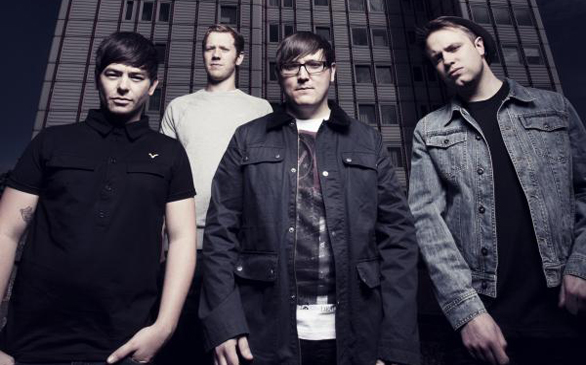 First of all, note that The Latest Fashion is the latest release from Attack! Attack! UK, a band from Wales not to be confused with the similarly named American band Attack Attack! The album kicks off with the potent “Everybody Knows,” a song that lyrically details how karma works its magic on everybody’s transgressions but the tune will also remind you what group you’re listening to as Neil Starr and Ryan Day launch buzz-saw guitar riffs that attack (attack!) earlobes relentlessly, flying by with the speed and ferocity of jet fighters.

Starr is also the band’s singer, and when the guitar frenzy is stripped out on songs like “Blood on My Hands” he can wax a little emo-ish. But the twin ax work of Starr and Day is the keystone of this set of generally very energetic rock, adding a punk edge to the melodic rocker “My Shoes,” knocking everything in sight over with the big cacophony of the title cut and slashing away mercilessly on “We’re Not the Enemy.” A couple of quieter numbers round out the set but you’ll need to love loud guitars played with attitude to fully appreciate The Latest Fashion.

The Latest Fashion is currently available.