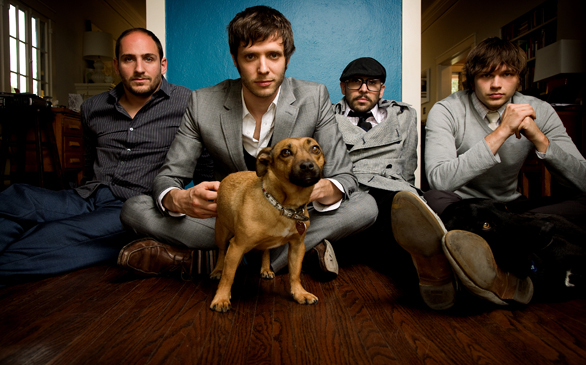 The wait is over, and OK Go is back this summer with a fresh album to rock out to. Once again, Damian Kulash (vocals, guitar), Tim Nordwind (bass), Dan Konopka (drums) and Andy Ross (guitar, keyboards), have developed a record with as much energy in their songs as those in their infamous music videos. This time though, the boys have given us a live album to shake our hips and wiggle our toes to. Packed with old favorites and new spins on cult OK Go fan classics, the band has crafted an ingenious album that only OK Go could deliver.

Some of the highlights on the record include live recordings of “Here It Goes Again” (the famed treadmill song), “This Too Shall Pass” and “Get Over It.” All these songs and more from the album were picked one by one out of a plethora of music performed from 180 different show dates all from last year, (That’s 365 days.). Inevitably, these two numbers helped spur the name of the album, cleverly titled 180/365.