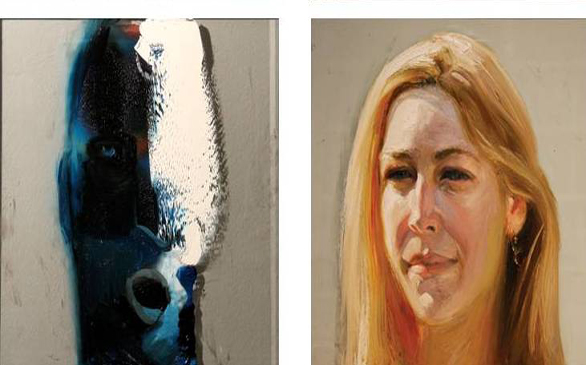 If you are willing to step out of Los Angeles and drive down to Long Beach, there is an exhibition you might not want to miss. Until Sept. 11, the Long Beach Museum of Art is hosting a celebration of Ray Turner and his portraits of the community of Long Beach in the entire first floor of the Museum Pavilion.

Turner is a Pasadena artist who has a distinct style for portraiture. From art student to professor and artist, Turner’s work has regularly been shown in the exhibition scenes of the United States since 1990. Represented in Los Angeles by Rivera & Rivera – a contemporary art gallery – and Toomey Tourell Fine Art in San Francisco, Turner has painted hundreds of portraits throughout his career.

Population is Turner’s solo exhibition of nearly 300 interpretational portraits. Curated by art critic Peter Frank and Ron Nelson, the executive director of Long Beach Museum of Art, the exhibition is a collection of portraits that represents the artist’s understanding of the human face.

Turner’s work is reminiscent of Oscar Wilde’s The Picture of Dorian Gray. For those of you who don’t know what the plot is, I suggest you look the summary up on Google (It’s everywhere.). Of course, Turner’s portraits are not ominous like the portrait in the story. Rather the portrait in The Picture of Dorian Gray and Turner’s portraits of the California community display a similar concept: exploration of a person’s inner individual.

Turner does not have one particular style. He is progressive – flowing through realism to the abstract and to the peripheral. He is an artist who delves into the inner qualities of the subjects he paints, uncovers their individuality and emotional qualities and opts to focus as well as adhere less to the precise physicality of a person.

The models for his work are Californian residents. Population incorporates 60 new works that depict Long Beach community members including the mayor, police commissioner, museum director, harbor commissioner, artists and local philanthropists, as well as 150 portraits previously done by Turner for the Pasadena Museum of California Art in 2009. In addition to these portraits, the collection of works includes 28 portraits of young people that are looking for alternatives to gang violence – to whom Turner refers them to as the “Homies.”

The Population collection ties together two series of works by Turner. A series of portraits made on glass squares, done after careful study of the photographic data of his subjects, and another series, the “Good Man/Bad Man,” in which Turner unleashes his imagined perspectives of the subjects to comment on people’s nature of being prejudiced in determining the good and the bad.

This isn’t the end though, because Turner, aside from his unique architecture of painting with heavy brush strokes, presents some sculptures as well as photographic representations of his works. The extremely appealing factor of his paintings is that many of them are done on glass, and because Turner uses such heavy brush strokes on the glass, the normally 2D nature of paintings turns 3D. Even more so, the medium of glass itself adds to Turner’s artistic vision of transparently showing the inner cores of a person’s individuality and emotions. Yet by clustering many of these said portraits together, Turner asks us to think further of his motive. Confusing at first, it will make sense the more you think about it.