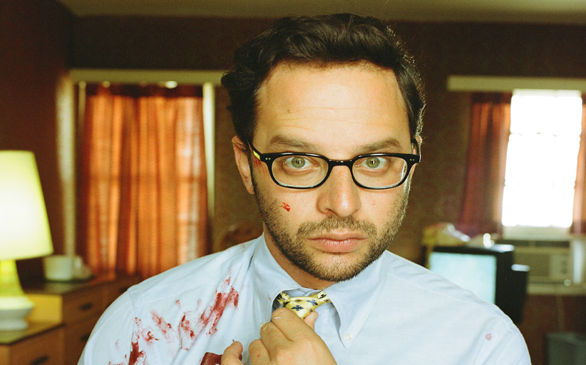 Come out to Largo for a night that promises to be full of laughs.

Nick Kroll seems to be just about everywhere these days. Aside from starring in FX’s semi-improv “The League,” his hour-long special Thank You Very Cool recently aired on Comedy Central, he voices a character on HBO’s hilariously deadpan “Life & Times of Tim” and has a recurring guest role as the morning shockjock the Douche in “Parks and Recreation.”

Kroll, who is equally adept at standup and improv, is perhaps best known for his characters, including El Chupacabra, a Latino radio DJ, Bobby Bottleservice, who could be a missing cast member of “Jersey Shore,” and Fabrice Fabrice, a bitchy craft services coordinator.

Guest Ed Helms is also having a career year. Aside from his regular role as Andy on “The Office,” he’s back for more mayhem – and provoking a lawsuit from Mike Tyson’s tattoo artist – in The Hangover Part II and just starred in his first leading-man role in Cedar Rapids.

In addition to her many guest roles on shows like “Louie” and “The Sarah Silverman Program,” Chelsea Peretti is currently a writer on “Parks and Recreation.” The multitalented improviser Pete Holmes (“Best Week Ever”) is also a cartoonist and writer for collegehumor.com. Fans of Comedy Bang Bang: the Podcast (previously Comedy Death Ray Radio) will know Seth Morris (The Marijuanalogues) as the show’s best character, the lovably hapless Bob Ducca, a sadsack middle-aged divorcee with an ever-expanding list of ailments. For the uninitiated, go to earwolf.com for the show’s back catalog. Kroll and Peretti are also frequent guests on the show.

Add to that fantastic line-up the enticing promise of a “very special surprise guest,” and a good time is guaranteed.