Rejoice and Shout: Gospel Music to be Enjoyed By All 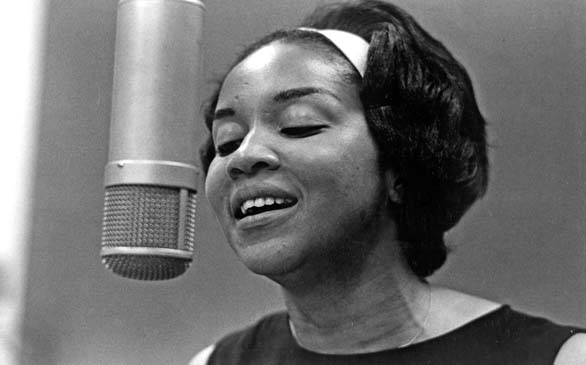 Gospel music has long been the voice of the people – the voice of all people. Gospel music is written to express personal, spiritual or a communal belief and tradition. Rejoice and Shout is an inspiring documentary celebrating the history of gospel music. Director Don McGlynn, through interviews with such gospel greats as Andraé Crouch, Yolanda Adams, Ira Tucker, Marie Knight, Willa Ward and Ira Tucker Jr., is able to tell the story of how gospel music helped African-Americans get through some of the toughest times.

Offering a more contemporary perspective are R&B legends Smokey Robinson and Mavis Staples. Though known to secular audiences in the 1970s for rhythm and blues, Staples, since her childhood, was, alongside her siblings and father, “Pops” Staples, part of the Staples Singers, well-known for their gospel music long before their days in the pop world. Robinson, of course, is an artist and producer known for his countless Motown hits as part of Smokey Robinson & the Miracles. His involvement in Rejoice and Shout was a fortuitous one. McGlynn first met Robinson after being asked to interview him for a colleague’s project. Robinson shares his spiritual perspective and discusses the role religion has played in the maturation of gospel music.

Initially, you might presume that the film’s audience is but a select few. However, to the contrary, it is proof that everyone can relate to the spirit of gospel music. The story being told is one that touches the heart of every viewer. It’s a clear message: The power of the Lord brings us all together. When all else fails you can put your trust in him.

The emphasis on faith is evident throughout the film. After an introduction by Pastor Andraé Crouch, who in the ’70s was one of gospel’s most popular stars, the film begins with a surprisingly moving rendition of “Amazing Grace” by a very young member of the Selvy Singers. Several of the participants share about their experiences growing up in the church and how that experience shapes who they have become today.

The film takes a few minutes to put the music in the context of African-American church experience.

“I wanted people to understand the whole form of the church service,” McGlynn explains.  “I grew up going to Catholic mass, which was completely different from this. You would do your hour, and you would go home. Everybody I interviewed for the film, when I told them that, they said ‘Hour? We’d be there all day!’ So I thought it was important to show what that form of worship was, in order to help the audience understand where the music fits into the African-American spiritual experience.”

The Tuckers and Willa Ward were actually interviewed at the historic Metropolitan Opera House in Philadelphia. It was there that many gospel shows of the early 1900s were hosted. Both the Dixie Hummingbirds and the Ward Singers performed there – including a 1946 Dixie Hummingbirds anniversary show that drew an audience of 5,500.

Don’t get it wrong: Gospel music is definitely not a thing of the past. There is an undeniable crop of current gospel performers who have popped up to take the reins. While gospel music has gone through the digital age and hip-hop, the Selvy Singers and Darrel Petties continue to represent the gospel music of today.

The film’s budget didn’t allow for extensive digital restoration. However, it was shot in high definition.

“I was always concerned that the new footage would look very polished and the old clips would suffer by comparison,” says McGlynn.

It is evident that a great deal of time was spent on cleaning up the audio and video of the older material. Typically, you may see 30- to 45-second clips of musical performances, complete performances are seen in Rejoice and Shout. Rarely touched since the day they were filmed, the negatives were in nearly perfect condition, save some occasional nitrate damage.

If you’ve ever enjoyed such songs as “Oh Happy Day,” “You Really Got a Hold on Me” or “Down By the Riverside,” then this is the movie for you. Watch it with your parents and grandparents after Sunday dinner. It is sure to bring back memories that everyone can relate to.